Friend, you have what it takes to turn your scars to stars, discomforts to comforts, failures to successes, and disadvantages to advantages. Yes, you have the courage to rise above pessimism and open your mind to the optimistic view of life.

Amidst life’s challenging storms, despite devastating thunders and the atmosphere of crippling darkness seldom lit by ironic lightning, you can find your light, your voice, your identity, your strength, and carve a niche for yourself.

I have never read or heard of any successful man who has never suffered setbacks, failures, trials, pains, disappointments or challenges. All these experiences are part of the menu of success in life. The most interesting part is that great people are those who have learnt to turn their scars to stars. Here are few examples.

Despite your scars, you can still forge ahead and enjoy a rich and rewarding life like a superstar. In spite of your mistakes and failures you can still learn how to become successful. Oh yes, you can, if you are not ready to give up. Keep the faith, believe in yourself and keep believing in yourself regardless of how mighty your battle is.

American poet and philosopher Ralph Waldo Emerson observed, “What lies before us and what lies behind us are tiny matters compared to what lies within us.”  The master has said it all, what else can I say? Turn your scars to stars!

ACTION PLAN: Learn from your past but don’t live in your past. Double your failure rates and learn from them until you get it right. Be fearless, be courageous, take calculated risk. Believe in yourself and have faith that you can achieve your goals and dreams despite the challenges you are currently facing.

AFFIRMATION: I have the inner power to turn my scars to stars. If Michael Jordan, JK Rowling, Mark Cuban and Walt Disney can do it, I can do it. 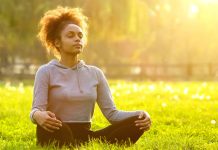 Simple Self-Care Activities that Can Boost your Health