As the world celebrates Malaria Day, a professor of medical parasitology, Mrs. Adetayo Fagbenro-Beyioku, has taken a swipe at the manner in which some Nigerian doctors go about treating patients with feverish symptoms of malaria.

Speaking with Pharmanews in an exclusive interview, the malariologist explained that some doctors, in the course of diagnosis, often mistake Babesia for malaria, adding that the presence of fever does not always connote malaria, even if a test seemingly indicates so.

“I know this might come as a surprise to many people.We are presently taking a closer look at a recent study of specimen here in our laboratory. Do you know there are other blood parasites, such as Babesia, that share similar symptoms with Plasmodium Falciparum?” she quipped.

READ
An Overview of Health Financing by Dr. ChidiUkandu

A former dean and deputy provost, Prof Fagbenro-Beyioku, is presently a member, governing council of the College of Medicine, University of Lagos.

According to her, Babesiosis is a malaria-like parasitic disease caused by infection with Babesia, a genus of protozoal piroplasm that is transmitted by ticks.

“Found mostly in animals such as cattle, it is also resistance to anti-malarial, as well as sensitive to quinine. That is why people like cattle rearers or close associates are said to be quite vulnerable. Presently, our postgraduate students are conducting an intensive study on it here in LUTH,” she emphasised.

While lauding the awareness campaign being carried out to sensitise the masses on incidences of malaria, the malariologist saidthe infectious disease has gone down tremendously.

“I think one of the major reasons why report of malaria parasite has reduced could be attributed to the fact that people are becoming enlightened,” she said.

She however conceded that if we are to fully eradicate it, Nigeria still has a long way to go.

“Majority of us going about have one form of malaria or the other. People are right, if they say stress contributes because, in truth, aside from mosquito bites and blood transfusion, stress also precipitates malaria in the body,” she explained.

The professor also observed how the parasites have become resistant to several anti-malarial drugs, including some artemisinin-based combination therapies recommended by the World Health Organization.

Although an advocate of Chloroquin, Fagbenro-Beyioku said that she does not prescribe it for others, especially her little daughter, adding that what works for one person might not work for others.

“Aside from Chloroquin, there are other different ones like ACT drugs available in the market. The fact remains that penicillin might work for one and fail in others because our bodies react differently,” she said. 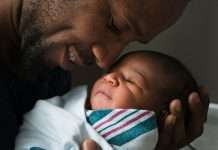 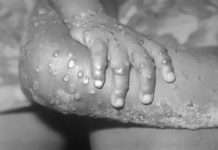