Dr Kingsley Chiedu Amibor, national chairman, Association of Hospital and Administrative Pharmacists of Nigeria (AHAPN), has condemned the practice of restricting hospital pharmacists in the country from participating in vaccination programmes, describing it as unacceptable.

Amibor, who communicated with Pharmanews in a recent email interview, noted that, as drug experts, pharmacists must be at the forefront of vaccination processes, from the receipt of vaccines to the administration on patients.

Amibor, who disclosed other issues confronting his members, such as unpaid arrears of 2018 and career stagnation, also seized the opportunity to outline his achievements so far, as he prepares to hand over in August. 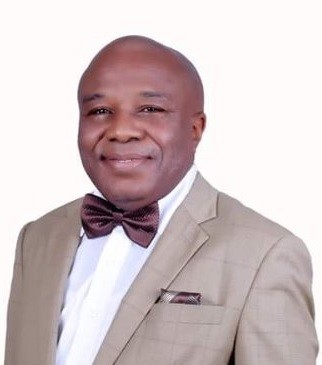 Below is the full interview:

Hospital pharmacists are among the frontline healthcare workers who have been playing key roles in the war against COVID-19. Now that vaccination is ongoing, are they part of the exercise? If not, why is it so? If yes, how have they been coping with the exercise?

Thank you very much for recognising that hospital pharmacists are frontline healthcare workers and that we have played and are still playing key roles in the war against COVID-19. Of a truth, vaccination efforts against the virus are ongoing in the country, but reports reaching us from our members across the country indicate that hospital pharmacists are not being carried along in the vaccination process.

Right now, gaps exists in the supply chain process and this is not acceptable to us as an association. The worst case scenario is that the process should be collaborative between  the hospital management, the pharmacy department and the public health department of various hospitals. So, this is our stand as an association.

Thank you very much for that question. Of a truth, all kinds of news are flying about regarding adverse events with the use of the AstraZeneca vaccine, some bordering on blood clots reported in some patients. One is almost at a loss as to what to believe.

So, by and large, it may be safe to assume that the vaccine is safe for use, based on reports from majority of those who have received the vaccine so far.

Germany recently reported a third wave of COVID-19, and Nigeria is still grappling with the aftermaths of second wave. Is the third wave still a possibility in your own view?

What I can say is that if there is continued compliance with COVID-19 prevention protocols, we are not likely to witness a third wave in Nigeria. I am talking especially about observance of social distancing, hand washing and use of face masks. There is also need to avoid overcrowding which is a potential means of spreading the infection.

But, by and large, I believe Nigeria is doing well in terms of control efforts. Besides, number of new daily cases is on the decline and that is a good omen that the pandemic may be under control and, as such, we may not witness a third wave in this country.

Your term of three years as the National Chairman of AHAPN is ending by August. Kindly tell us some of the set goals you have achieved during the tenure.

As you may recall, during my campaign for the office of national chairman of AHAPN, I had an 8-point agenda which I clearly had from God to pursue. My motto then was to rebrand and reposition hospital and administrative pharmacy practice in Nigeria.

Well, after three years, I want to believe that even non-pharmacists will want to agree that Pharmacy in Nigeria has made some good progress in the last couple of years. Permit me to summarize progress on the 8-point agenda as follows:

Consultancy Pharmacy cadre approval. This was a burning issue before my team and I came on board; but at the fullness of time, God intervened and used several authorities to actualise the circular for which we are most grateful to God. We appreciate the contributions of the PSN, the West African Postgraduate College of Pharmacists (WAPCP) and others. Today, some centres have begun implementation of the Consultancy Pharmacy Circular.

Welfare of members has been our top priority since inception. We have made progress in the area of integration of all hospital and administrative pharmacists under one umbrella. Since the beginning of our tenure, several more states have joined the national body and more are still coming on board.

Registration of AHAPN as a trade union. Efforts are ongoing in this direction and we believe we shall have good news before the expiration of our tenure.

Proactive representation of pharmacists in government activities. We have made progress in this area. Pharmacists are now being recognised at government functions, both at the level of the National Assembly and the executive arm. For this feat, we are most grateful to the President of PSN, Mazi Sam Ohuabunwa, MON, OFR, FPSN, and the executive committee for their intervention efforts.

Corporate rebranding through massive public promotion activities in collaboration with the media. Again, this is one area we have made good progress. We have succeeded in improving the visibility of pharmacists in Nigeria, such that today, pharmacists are becoming a household name in Nigeria.

At the peak of the Corona pandemic, we had an understanding with Channels TV which resulted in hospital and administrative pharmacists being featured on the station almost on daily basis to contribute to discussions on the control of the dreaded COVID-19 pandemic.

Besides we have been engaged in massive public health promotion activities.  As an association, we have just finished marking the 2021 World Malaria Day, which is currently in the news. We made efforts to celebrate the World Health Organisation (WHO) days as part of efforts to improve the visibility of pharmacists in the country and God has been helping us greatly.

In all, I want to believe that we have made progress, and we are believing God to help us to finish well.

Definitely every great initiative has a limitation. What were the challenges encountered so far in your position as the national chairman of AHAPN?

Of course challenges are always there but they are meant to be overcome. Initially we had challenges with getting pharmaceutical care to be accepted in our institutions. In several hospitals, pharmacists were denied access to patients’ bedside, pharmacy students were not allowed into hospitals for their hands-on clinical experience, and in some hospitals too, pharmacists were not being appointed into hospital-based committees. But all that is changing gradually. Now we have pharmacists being appointed into hospital committees. Currently, only few slots are allocated to training of pharmacy interns in hospitals, but we have been championing central placement for interns since the beginning of our tenure.

Coming nearer home, some of our members would not just pay their capitation to the national body, no matter what you preach. We have been recording an average of 30 per cent compliance with payment of obligations to the association. This is a serious limitation to us because, for one, our welfare projects are being affected; we had contemplated a comprehensive insurance package for all our members but we are limited by lack of funds and so on.

The situation is worse in state government-owned hospitals, many of which operate without pharmacists, thereby depriving the people of the benefits of pharmaceutical care and leaving them at the mercy of non-pharmacists. This is why we are grateful to the Executive Governor of Delta State, His Excellency, Senator (Dr) Ifeanyi Okowa, for employing a good number of hospital pharmacists into the state civil service.  AHAPN hereby challenges other state governments to emulate the good example of Dr Okowa.

Of a truth, pharmacists have suffered a lot from government neglect. Our members virtually train themselves in their various postgraduate endeavours to acquire additional knowledge and skills which, they need to empower them to provide quality pharmaceutical care services to our patients. Meanwhile, the same government has singled out medical doctors for sponsorship of residency training, while leaving out other professionals, including pharmacists.

Government has increased the salaries of medical doctors severally, while stagnating pharmacists on the same salary since 2014. Additionally, the federal government is owing pharmacists and some other category of healthcare workers April and May 2018 salaries, despite all entreaties to pay the money. You may agree with me that this is very frustrating.

Moreover, some of our members have been stagnated on CONHESS 14, on the ground that there is no vacancy, despite existing extant circulars withdrawing all forms of career stagnation for federal civil servants.

Recently we are hearing talks of some chief medical doctors contemplating privatising pharmacy departments in their hospitals, under the guise of Public Private Partnership (PPP). The same hospital managements that ran the Drug Revolving Scheme underground are contemplating privatising pharmacy departments. I can assure you that we are going to resist that vehemently as an association. We have come up with a proposal on how to make medicines continuously available to hospitals and we are submitting a copy shortly to the Honourable Minister of Health. 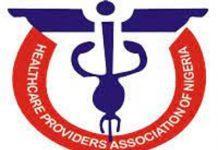 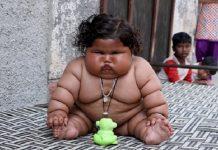