As Nigerians join the rest of the globe to celebrate World Hepatitis Day 2019, and it has been estimated that over 300 million people are living with viral hepatitis unaware worldwide. Experts have also asserted that without finding the undiagnosed, and linking them to care, millions will continue to suffer, and lives will be lost.

World Hepatitis Day (WHD) is marked every year on 28 July, bringing the world together under a single theme to raise awareness of the global burden of viral hepatitis and to influence real change.

The theme for 2019 celebration: “Invest in eliminating hepatitis”, being a pivotal year for viral hepatitis global campaign, the World Health Organisation (WHO) has called on governments and people across the world to take action and raise awareness to find the “MISSING MILLIONS”. 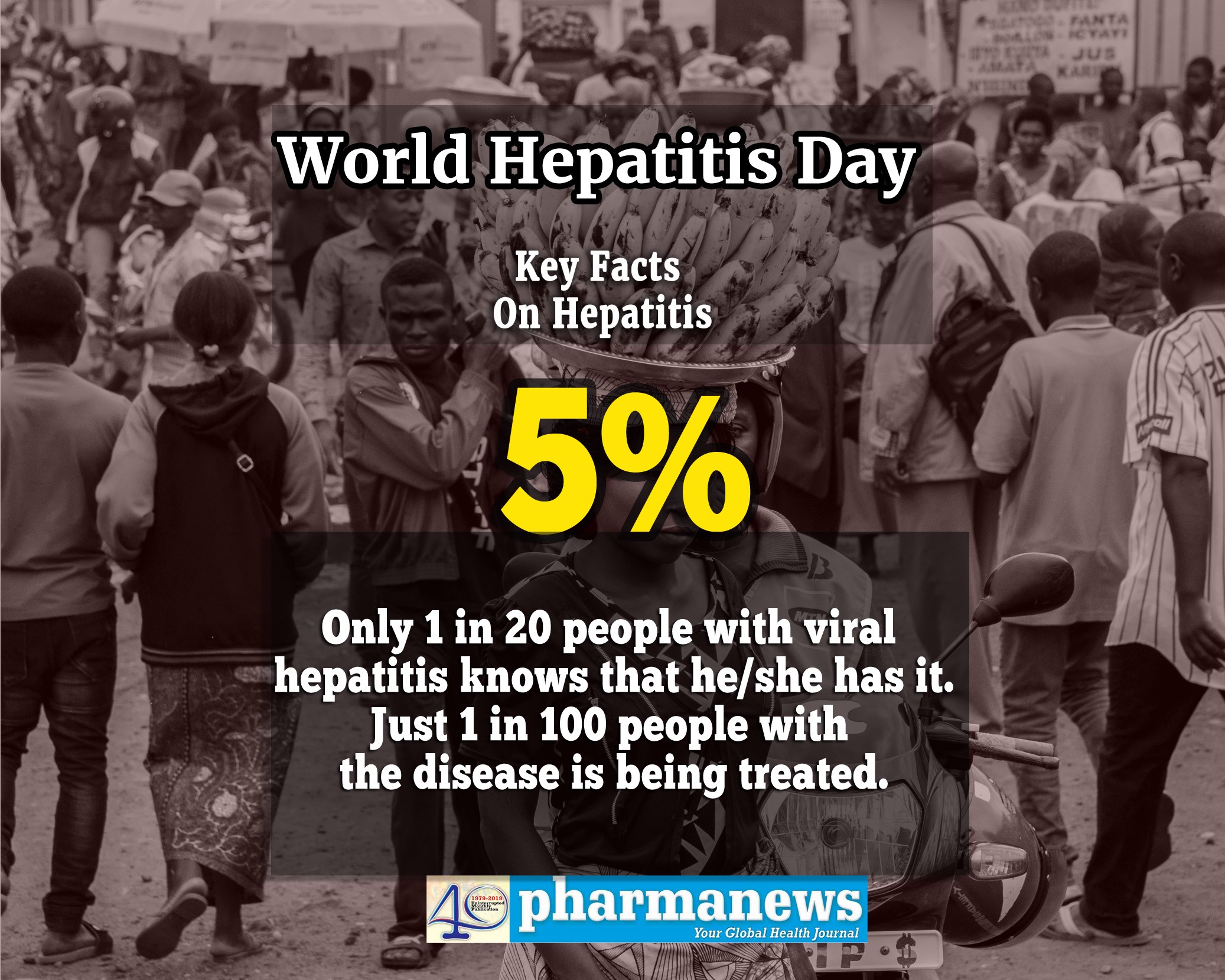 “Presently, only 1 in 20 people with viral hepatitis knows that he/she has it. And just 1 in 100 with the disease is being treated. Viral Hepatitis B and C affect 325 million people worldwide causing 1.4 million deaths a year. It is the second major killer infectious disease after tuberculosis, and 9 times more people are infected with hepatitis than HIV”, as reported by the WHO.

The apex health organization further added that hepatitis is preventable, treatable, and in the case of Hepatitis C, it is curable. However, over 80 percent of people living with hepatitis are lacking prevention, testing and treatment services.

Studies carried out in Nigeria have put the burden of Hepatitis B in most Nigerian cities to an average of 13 percent translating to an estimated 20 million people infected. This means that at least one of every 10 Nigerians is a chronic carrier of Hepatitis B and not only at risk of liver diseases and death but also at risk of transmitting it to others.

It was estimated that about five million die annually due to the consequences of this disease. “Viral hepatitis is described as a ‘silent killer’ because most persons do not realize they are infected and usually are without any clinical symptoms

In a news release, ahead of the campaign day, WHO Director-General Dr Tedros Adhanom Ghebreyesus said that 80 percent of people living with hepatitis can’t get the services they need to prevent, test for and treat the disease.

“Globally, viral hepatitis B and C affect 325 million people. We have a clear vision for elimination, and we have the tools to do it. But we must accelerate progress to achieve our goal of eliminating hepatitis by 2030.” Ghebreyesus added.

Dr Margaret Chan, Canadian-Chinese physician, and the former director general, WHO said “The world has ignored hepatitis at its peril. It is time to mobilize a global response to hepatitis on the scale similar to that generated to fight other communicable diseases like HIV/AIDS and tuberculosis”.

Hepatitis is an inflammation of the liver. The condition can be self-limiting or can progress to fibrosis (scarring), cirrhosis or liver cancer. Hepatitis viruses are the most common causes of hepatitis in the world but other infections, toxic substances (e.g. alcohol, certain drugs), and autoimmune diseases can also cause hepatitis.

There are 5 main hepatitis viruses, referred to as types A, B, C, D and E. These 5 types are of greatest concern because of the burden of illness and death they cause and the potential for outbreaks and epidemic spread. In particular, types B and C lead to chronic disease in hundreds of millions of people and, together, are the most common cause of liver cirrhosis and cancer.

Hepatitis A and E are typically caused by ingestion of contaminated food or water. Hepatitis B, C and D usually occur as a result of parenteral contact with infected body fluids. Common modes of transmission for these viruses include receipt of contaminated blood or blood products, invasive medical procedures using contaminated equipment and for hepatitis B, transmission from mother to baby at birth, from family member to child, and also by sexual contact (WHO, 2016).

According to the WHO this infection may occur with limited or no symptoms, or may include symptoms such as jaundice (yellowing of the skin and eyes), dark urine, extreme fatigue, nausea, vomiting and abdominal pain.

Acute hepatitis must first be differentiated from other disorders that cause similar symptoms. In the prodromal phase, hepatitis mimics various nonspecific viral illnesses and is difficult to diagnose. Anicteric patients suspected of having hepatitis based on risk factors are tested initially with nonspecific liver function tests, including aminotransferases, bilirubin, and alkaline phosphatase.