Pharm. ’Gbenga Falabi is the new national chairman of the Association of Industrial Pharmacists of Nigeria (AIPN).  In this exclusive chat with Pharmanews, the new AIPN helmsman, who is also the general manager, Sales/Marketing and Administration, Greenlife Pharmaceuticals Limited, spoke on how the new AIPN executive will take the association to a higher level.

Below is the text of the interview:

Tell us briefly about yourself

I am a crown prince pharmacist who rose through the ranks of the Nigerian pharmaceutical industry. I had a humble beginning, as a medical representative, proudly carrying the Roche dealing bag all over medical and pharmaceutical premises in Lagos and Ogun States, until I was promoted to an area manager in 1997, after 6 years of dutiful service. I went to the United States in 1998, following my resignation from Roche, to do a conversion exam to be able to practise. However, the knowledge I acquired at a college in Essex, Maryland, in Information Systems was to be responsible for my decision to stay back in Nigeria in 2000, when I returned to market pharmacy shop software in a market where only few pharmacies had a system in place.

I ventured back into the pharmaceutical industry as the field force manager, Mopson Pharma Ltd., where I leveraged on the I.T. training experience and business management training to grow the Mopson business by over 40 per cent, before joining Interpharma Ind. Ltd (Cadila), as marketing manager. I moved to Greenlife Pharmaceuticals Limited when Lonart was launched in 2006, after spending four successful years at Cadila. I later embarked on a Masters’ in Business Administration at Business School, Netherlands, and eventually used the Action Learning model of the school to improve the operations, sales and marketing of Greenlife Pharmaceuticals products.

I have been actively involved in the activities of the PSN. Some of the roles I have played are: member, conference planning committee for Coal City conference; chairman, afternoon session of Lagos PSN Pharmacy Week 2008/2013; chairman, Lagos PSN Pharmacy Week planning committee for two years consecutively; ‎ vice chairman, PSN fellowship investiture 2012; chairman, CPC 2009, Association of Industrial Pharmacists of Nigeria (AIPN); director of programmes, 2010-2013; other supporting activities culminating in being awarded the prestigious Lagos PSN Merit Award in 2012.

Congratulations on your election as AIPN national chairman. What prompted your interest in organised pharmacy activities and how did you become involved in the activities of industrial pharmacists?

The desire to influence pharmacy practice positively and be in the team that led to a revolutionised better local practice was my motivation.

My interest in AIPN dated back to 2003, while I was at Cadila, attending a meeting at Airport Hotel, Ikeja. I got the first executive responsibility under the leadership of Pharm. Emma Ekunno and was subsequently saddled with taking a lead role in the planning of the bi-monthly meetings of the association. I also played a very active role in the annual conference planning during the outgoing regime led by Dr.LoluOjo.

READ
Late Presentation, Major Cause of most COVID-19 Deaths - Ehanire

You are succeeding a national chairman that has been extolled by many as a performer and achiever for AIPN. What are your plans to further take the association to a higher level?

We had a successful outing in the last administration because of the leadership style of the outgoing chairman, Dr.LoluOjo, and the very strong supportive members of the executive. Remember the saying that one tree cannot make a forest. What can be promised to our esteemed members is that the AIPN flag will be hoisted on a taller pole than was used by the last exco, to enable the incoming executivesto fly the flag much higher to the advantage of our industry and the delight of all stakeholders. We are going to work on the premise of Smart Work, Accountability and Purposeful Leadership (SWAP).

A major challenge facing pharmacy practice in Nigeria is the problem of fake drugs.How can this challenge be surmounted?

Fighting drug counterfeiting has to be multi-pronged, to succeed in any country or region.However, strong intelligence and good policing, cooperation and signature to international conventions against fake products (especially pharmaceuticals), stringent punishment, committed and non-corrupt regulatory officials or any other anti-counterfeiting method will only attempt to scratch the surface of drug counterfeiting in Nigeria, if we do not organise our drug supply chain.

A new drug distribution guideline has been formulated and launched by the honourable minister ofhealth and is already in force. However, the guideline says that implementation of sanctions shall begin from 1st July 2014.This has been misinterpreted by many stakeholders that the policy in effect will therefore begin by this date. It is the full enforcement that the July 2014 talks about. Therefore, it will take the combination of all these methods above– butriding on the wings of a sanitised drug distribution network– toreduce significantly the scourge of fake drugs in our country.

Drugs are said to be more expensive in Nigeria, compared to other countries in Africa. How true is this? And if true, how can we make drugs more affordable in Nigeria?

It will not be too correct to say that drugs are more expensive here in Nigeria thanin other African countries.I know that drugs are much more expensive in Franco-phoneand southern African countries than in Nigeria. However, if what is meant is that the out-of-pocket spending of Nigerian patients, compared to other African nations, is higher, I may tend to agree with that insinuation.

For more affordable drugs, government will have to expand and deepen the health insurance scheme in the country for the benefit of all. 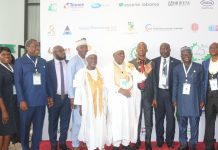