Speaking recently when he led a delegation of the national executives of the NAIP on a courtesy visit to Pharmanews office in Mende, Maryland, Lagos, Anukwu stated that there can be no disruptive innovation in the pharmaceutical sector if the country cannot produce drugs that are competitive.

The pharmaceutical production parks, he explained, will be specially provided with power supply and water treatment plants shared by a number of pharmaceutical manufacturing companies and the initiative should be a public-private partnership.

He further explained that the will help address the challenges of poor power supply, water treatment plant and other needed infrastructure, as pharmaceutical manufacturing companies located in the park can share the infrastructure, instead of carrying the burden of making huge individual investments for such infrastructure.

The NAIP boss disclosed that the association is working on a proposal that will eventually lead to the establishment of pharmaceutical parks in states, disclosing that positive discussions are going on for this initiative to start in Anambra, Oyo, Kano and Jigawa States.

He thanked Pharm. (Sir) Ifeanyi Atueyi, managing director, Pharmanews Limited, for receiving the NAIP team, noting that the present executives had wanted to pay the courtesy visit since they assumed office in 2017 but had to look for the best time to pay the visit to ensure that executive members who were not based in Lagos were able to be part of the visit.

While thanking the Pharmanews team for the coverage of the NAIP activities over the years, Anukwu congratulated the company for clinching the prestigious Nigerian Healthcare Media Excellence Award (NHEA) again in 2019, adding that it is a mark of consistency that Pharmanews has won the award for the last three years (2017 to 2019).  He also congratulated Pharmanews for its 40th Anniversary, assuring that the NAIP will be part of the anniversary celebration scheduled for 1 October.

He stated that Sir Atueyi was one of the founding members of the NAIP, adding that it was in recognition of his contributions to pharmacy and support for the association that made NAIP to bestow him with its highest recognition by giving him the Icon of Pharmacy Award in 2013.

Responding, Sir Atueyi thanked the NAIP executives for the visit and commended them for their service to the association and pharmacy.

He recalled that the present-day NAIP actually started in 1978, disclosing that the founding members were Pharm. A. O. Odusina, president; Pharm. H. B. K. Bob-Manuel, treasurer/financial secretary; Pharm. Nath Akobundu, secretary and his humble self, Pharm. Ifeanyi Atueyi, as a member.

READ
Why are Nigerians Cooking with Paracetamol?

Atueyi charged the NAIP executives to continue to be committed and offer quality services to the association, noting that the services they offer today can open bigger doors for them in the future.

He buttressed this point by disclosing that the services he rendered to PSN as editor-in-chief of the Pharmacy Journal between 1974 and 1978 prepared him for the publishing of Pharmanews which he started in 1979, adding that when he was serving the PSN in that capacity, it did not occur to him that God would reward him with a career that would give him fulfilment as publisher of Pharmanews.

“I don’t know what my life would have been, without passing the commitment test posed before me in 1974, with the assignment of editing the Pharmacy Journal,” Atueyi said. “So, whatever your hands find to do, do it with all thy might.” 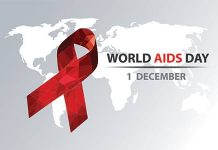 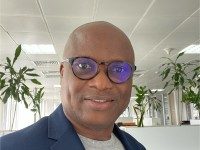 Subair Reveals Why Pfizer Is Committed to Bridging Affordability Gap