Addressing journalists during the official unveiling of the drug in Lagos, Jeremy Hu, marketing director of Artepharm, explained what makes Artequick suitable for the Nigerian climate:

“Artequick is a four-tablet, two-day anti-malarial treatment. It is a new line generation of ACT combining Artemisinin and Piperaquine as its potent ingredients. Unlike most complex anti-malarial products in town, it is a short regimen drug (specifically a four-tablet dosage).”

The Chinese expert also described the drug as a quick-action, preventive, highly efficacious and low toxicity medication with a side effect of less than three per cent.

On why he thinks any company would want to risk introducing an anti-malarial drug into Nigeria when it is almost saturated with different innovator products and generics, Mr Hu declared that Artequick is different from the bulk of brands in the market.

According to him, Artepharm has come to realise that non-compliance, as a result of taking too many tablets for a length of time, is a challenge in eradicating malaria in Nigeria.

To further buttress the company’s commitment to the speedy recovery of the patient, Mr Hu explained that Artepharm had subscribed to the Mobile Authentication Service (MAS).

According to him, the company had to do so, when it received information that a faceless pharmaceutical outfit in the country was faking its product.

“It took the intervention of a court injunction to stop the act. This is why we encouraged patients and physicians alike to ensure that they scratch and authenticate the pin on each product before use,” he admonished.

The Chinese businessman lamented the fact that many consumers don’t bother to verify the genuineness of the drugs they procure, adding that this behaviour is what normally pave way for imitators and fake drug peddlers to thrive.

On the long term goal of Artepharm, the marketing director noted that arrangement was being concluded by the management to build a local factory in Nigeria within the next few years.

“Aside production of Artequick which is marketed in Nigeria by Trusted Pharmacy and Chemist (West Africa), we are hoping to start reproducing other wide range of brands like antibiotics, anti-hypertensive, diabetics, Azithromycin, Meropenem, Ceftriaxone, and Amoxicillin, which are currently gaining ground in the market, e said.

Artepharm Company Limited is a pharmaceutical giant based in Guangzhou, Guangdong province of China. It specialises in research and development, manufacturing and marketing of pharmaceutical products. As earlier mentioned, it has a memorandum of understanding with Trusted Pharmacy and Chemist (West Africa) Limited to act as its exclusive agent in Nigeria. Its main anti-malarial product, Artequick has obtained patents certification in more than 40 countries and regions and has been registered in more than 28 countries.

Mr Hu further observed that Nigerian economic potential is massive and quite attractive to investors.

“When compared with local production, I have observed that most pharmaceutical products here in Nigeria are mainly from India, China and Malaysia. I recalled that China once experienced a similar situation in the 1980s.”

Going down memory lane, the Chinese expert recalled that his countrymen had to put up with a whole lot of issues when local pharmaceutical manufacturing companies were just blossoming in the 1980s, he revealed.

“In the 1980s when China local medicines had not attained international status, the bulk of the drugs you saw around were from the West. Since the global brands that took over the Asian markets such as GSK, Novartis, and Pfizer were more or less using our resources, the need for joint ventures became paramount.

“Their presence was felt everywhere in the major cities. With such ventures came the needed experience and expertise for many Chinese entrepreneurs who ventured into full time pharma manufacturing,” he remarked.

The marketing director expressed belief that Nigeria can equally benefit by encouraging global brands and foreign investors to build factories, open up channels of local production and run joint ventures. He added that with government’s backing, local pharma manufacturing would reach its peak.

Historical records suggest malaria has infected humans since the beginning of mankind. The name “mal aria” (meaning “bad air” in Italian) was first used in English in 1740 by H. Walpole when describing the disease. The term was shortened to “malaria” in the 20th century. C. Laveran in 1880 was the first to identify the parasites in human blood.

In 1889, R. Ross discovered that mosquitoes transmitted malaria. Of the four common species that cause malaria, the most serious type is Plasmodium falciparum malaria. It is often referred to as life-threatening.

Little wonder Prof Onyebuchi Chukwu, former Nigeria’s minister of health has said that the country had been making efforts to contain the scourge through measures such as massive distribution of long lasting insecticide-treated nets, saying 46.8 million nets were distributed in 30 states across the federation. 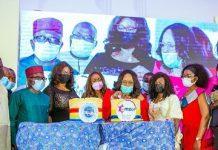 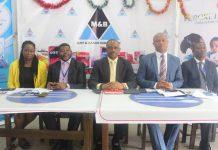