Many motivational speakers at one point or the other have listed less sleeping hours, as one of the disciplinary measures to achieve great success in life, but scientist have found that this negate the principle of healthy living, as a new study has established that sleeping for less than six hours a day could easily lead to stroke and heart diseases.

The research published in Journal of the American Heart Association has linked people with metabolic syndrome (people living with diabetes, high blood pressure and obesity) who barely sleep for six hours with a higher risk of death at a premature age.

According to the study reported on DailyMailOnline , which was the first to measure sleep duration in a laboratory rather than relying on patient reports, and the first to examine the impact of sleep duration on the risk of death in those with a common cluster of heart disease risk factors, it showed that  the effect was particularly strong in those with elevated blood pressure or poor glucose metabolism.

To arrive at their findings, the researchers randomly selected 1,344 adults with an average age of 49 who agreed to spend one night in a sleep laboratory. Based on their test results, 39.2 percent of the participants were found to have at least three of the risk factors, that when clustered together are known as the metabolic syndrome.

The report indicated that the cluster included body mass index (BMI) higher than 30 – the standard definition of being obese, as well as elevated total cholesterol, blood pressure, fasting blood sugar and triglyceride levels.

In the words of the  lead author, Doctor Julio Fernandez-Mendoza, of Penn State College of Medicine in the US, : “If you have several heart disease risk factors, taking care of your sleep and consulting with a clinician if you have insufficient sleep is important if you want to lower your risk of death from heart disease or stroke.

He further stated that sleep lab studies are often used to rule out sleep apnoea, but doctors should also note insufficient sleep in the lab because it may signal a higher risk of death in patients with risk factors for heart disease.”

The take-home from the study for all is that average sleep of six hours a day is very essential for your wellbeing. 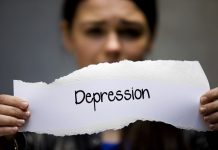