To reduce the scourge of sickle cell disease (SCD) in Nigeria, Bond Chemical Industries Limited, a leading pharmaceutical company in the country, has tasked the federal government to, as a matter of urgency, improve the level of awareness among the populace, saying thousands of the country’s citizens are still under the clutches of the deadly disease, due to lack of proper awareness, funds and ignorance.

In a press release issued by Bond to commemorate this year’s World Sickle Cell Day, on 19 June, the Managing Director, Pharm. Aderemi Omotosho, stated that concerted efforts must be made towards reducing the prevalence of SCD, stressing that the government must place SCD in its priority list and people must be informed on how to avoid giving birth to sickle cell children through adequate awareness on genotype compatibility.

Omotosho also called for increased advocacy on the prevention, treatment, and management of SCD, adding that comprehensive and holistic management from birth will go a long way in cutting down on the SCD crisis.

He said disclosed that the implication of this is that a mother must know a child’s genotype from birth, in order to ensure proper care from birth.

Speaking further, the Bond’s boss noted that prevention would go a long way in saving the lives of children with the disease, saying parents should ensure that their children get regular check-ups with their doctors, follow treatment prescribed by doctors, prevent crises by taking simple steps and practising healthy habits, while urging them to monitor every treatment procedure administered on their child, as there could be misdiagnosis.

Omotosho also revealed having sickle is not a death sentence, especially if the condition is adequately managed, adding that the management of Bond, in its quest to reduce the burden SCD in the country had further increased its commitment to research and development in the manufacturing of new, innovative and high-quality pharmaceuticals in addressing the condition.

Explaining further, he said: “Hydroxyurea is a medicine that can decrease severe complications of SCD. This treatment is very safe when given by medical specialists experienced in caring for patients with SCD. However, the side effects of taking Hydroxyurea during pregnancy or for a long time are not completely known. 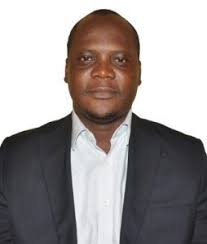 “Another treatment, which can actually cure SCD, is a stem cell transplant (also called a bone marrow transplant). This procedure infuses healthy cells, called stem cells, into the body to replace damaged or diseased bone marrow.

“Although transplants of bone marrow or blood from healthy donors are increasingly being used to successfully cure SCD, they require a matched donor (a person with similar, compatible bone marrow), and transplants can sometimes cause severe side effects, including occasional life-threatening illness or death”, he said

Omotosho also noted that Oxyurea, the company’s brand of Hydroxyurea for the management of SCD is a lifesaving medicine, adding that aside from increasing the life expectancy of SCD patients, it also reduces the risk of anaemia and blood transfusion in patients.

Stressing on the need for active steps to combat the disease, Omotosho called for increased care for sickle cell carriers, saying the lack of proper sensitisation on the importance of genotype testing has led to what could have been prevented by the increasing numbers of children born with Sickle Cell Disorder (SCD) in Nigeria.

Sickle cell disease causes the normal round and flexible blood cells to become stiff and sickle-shaped, stopping the blood cells, and the oxygen they carry, from being able to move freely around the body and causing pain. This can cause episodes of severe pain. These painful episodes are referred to as sickle cell disease crisis.

People with sickle cell disease are also at risk of complications such as stroke, acute chest syndrome, blindness, bone damage, and priapism (a persistent, painful erection of the penis). Over time, such people can experience damage to organs such as the liver, kidney, lungs, heart, and it could also lead to death.

SCD is indeed a disease that worsens over time. Treatments are available that can prevent complications and lengthen the lives of those who have this condition. These treatment options can be different for each person depending on the symptoms and severity.