The 91st Annual National Conference of the Pharmaceutical Society of Nigeria (PSN), tagged “Oluyole 2018” and held at the International Conference Centre (ICC), Ibadan, Oyo State from Monday 29 October to Friday 3 November, has come and gone, but the highlights of the historic gathering will continue to be a reference point in the years to come.

It must be admitted from the outset that the conference, themed “Innovative Disruption in Pharmacy in Emerging Economies: A Roadmap for Emerging Economies”, was an improvement on the 2017 edition, as some of the hitches in the previous edition were noticeably avoided.

Despite the fact that the 2018 conference was arguably the most attended in the history of the annual event – with more than 4500 participtants in attendance – the PSN Conference Planning Committee and the Local Organising Committee (LOC) deserve commendation because the capacity of the ICC hall was such that participants at the opening ceremony and during other sessions were comfortably accommodated in the hall.

This scrupulous organisation also applied to the exhibition area which was equally very spacious and comfortable for both exhibitors and their visitors, thus making product exhibition – a fundamental part of the conference – more convenient and enjoyable, despite the fact that the exhibitors were noticeably more in number, compared to the previous editions of the conference.

It must be pointed out also that the presence of a number of top dignitaries among whom were Mallam Ibrahim Shekarau, former governor of Kano State; Chief Moses Alake Adeyemo, deputy governor, Oyo State; His Royal Highness Oba Saliu Adetunji, the Olubadan of Ibadan and Prince Julius Adelusi – Adeluyi, president, Nigeria Academy of Pharmacy at the opening ceremony added colour and glamour to the occasion.

The keynote speaker, Pharm. Clare Omatseye, managing director/CEO, JNC International Limited also did justice to the theme of the conference and provided fresh insights on the future of the pharmaceutical industry in view of the ongoing digital revolution and what pharmacists should do to avoid being left behind in the analogue age.

Perhaps the most significant event at the conference was the election of a new president for the PSN, in the person of Pharm. (Mazi) Sam Ohuabunwa, who succeeded Pharm. Ahmed Ibrahim Yakasai. His election, as well as those of other executives of the Society, signposted a new chapter in the history of the PSN.

However, beyond the ceremonial, business and educational milestones that the event has provided, the significance of this 91st PSN conference must not be lost on the PSN and pharmacists, and the lessons learnt must be consolidated and built upon to improve future conferences, as well uplift the pharmacy profession.

First, the 2018 PSN electioneering process and the election proper marked a watershed in the history of the Society. The opening up of the political space saw the emergence of four vibrant candidates and a campaign unlike any before, both through the traditional media as well as the social media. It also saw the first ever PSN presidential debate, organised by Pharmanews Limited in collaboration with the PSN.

There are positives in this development and the electoral rules, if necessary, may have to be reviewed to accommodate these new possibilities and current realities to improve future elections and the democratic process of the Society. It may also be necessary to consider the deployment of technology for the election proper (voting and vote counting) to make the process less stressful as counting of votes at the conference this year went on till very late in the night which caused a delay in announcing the result and declaring the winner. It is our view that the use of technology can help reduce this stress on the election officials as well as enhance transparency and credibility of the process.

We congratulate the new PSN president, Pharm. (Mazi) Ohuabuwa who comes to the office with a very rich pedigree and an enviable record of achievements both in and out of Pharmacy. We wish him a successful tenure and urge him to use his wealth of experience to consolidate on the gains of the achievements of the Yakasai administration.

As we look forward to the fulfilment of his campaign promises which are encapsulated in the assurance of taking Pharmacy to the next level in all its ramifications, we call on all pharmacists to support him in making this vision a reality. 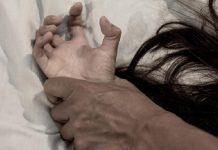