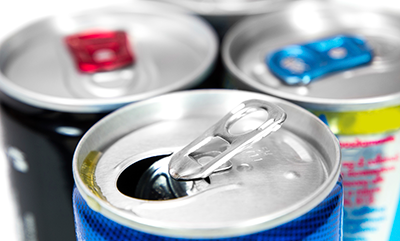 Side effects often associated with the consumption of energy drinks include increased heart rate, increased blood pressure, damage to the teeth, kidney problem, risk of diabetes, as well as caffeine overdose symptoms like hallucination, anxiety, palpitations, insomnia, dehydration and headache.

So, what sparked the rumour that energy drinks cause infertility or sterility? And is there any truth to it? Is it just another attempt to discourage consumers from purchasing energy drinks?

What is in your energy drink?

Have you ever been deathly tired at work (or in school) and felt like all you needed was a quick boost of energy to come alive and get through the day? For some, this is where energy drinks come in. Energy drinks are beverages that are usually consumed to overcome tiredness or promote mental alertness. They contain large amounts of caffeine, added sugar or sweeteners and other additives.

Depending on the brand, the composition of energy drinks varies and it often includes caffeine, taurine, B vitamins, sucrose, glucose, carbonated water, Guarana, Ginseng etc. On their own, some of these ingredients are not harmful and may be beneficial, when taken in their recommended daily doses. However, when mixed with other energy drink ingredients like sugar and caffeine, side effects are exacerbated. This may be due to a potentiation effect.

The active ingredient in energy drinks is caffeine. Caffeine is a stimulant that is “generally regarded as safe” (GRAS) and has a maximum daily dose of 400 mg in healthy adults. The caffeine content in most energy drinks could range from 80mg, to as high as 320 mg in a 250 ml of energy drink. However, other ingredients in energy drinks like Guarana and Yerba also contain a considerable amount of caffeine. Quite often, this caffeine is not included in the total caffeine value presented on the container. Thus in the presence of Guarana and Yerba, the total caffeine present in the energy drink may be more than the amount indicated.

Ginseng, B-vitamins and taurine are other additives in most energy drinks. Taurine is an amino acid present in the brain, muscle tissues, heart and eyes and naturally occurs in meat, fish and dairy products. It is said to increase mental alertness and increase the capacity for physical activities, when used as a supplement.

Ginseng is an umbrella term for different species of a particular plant. Ginseng is said to increase energy levels and mental activity in individuals who feel weak or tired and provide sharper cognitive function. Again, individually, these substances are considered to be safe supplements. However, when they are used in combination with caffeine in energy drinks, the side effects of caffeine are worsened.

Despite the adverse health events associated with energy drinks, however, their sale and consumption have grown exponentially since their introduction in the 1960s. The global energy drink market is expected to grow by 7 per cent between 2020 and 2025, with global sales reaching $57.4 billion in 2020. In Nigeria, the energy drink market segment is forecasted to have a yearly consumption growth of over 6.5 per cent by 2022.

To add to the alarming side effects is the claim that energy drinks cause infertility in humans. However, this claim remains unproven. Several studies about energy drinks and their effect on the male reproductive system have been conducted with largely inconclusive results.

Results from studies regarding the effect of energy drinks on the reproductive system varied. In some studies, the result showed that caffeine from coffee, tea and cocoa drinks did not affect semen parameters, while other studies revealed that there seemed to be a slightly negative effect of caffeine-containing soft drinks on semen volume, count and concentration. Also, caffeine intake seemed to be associated with DNA breaks and aneuploidy (abnormal number of chromosomes). This suggests that caffeine intake may negatively affect male reproductive function through sperm DNA damage.

These are rather inconclusive – since, first of all, they are not human studies and more importantly, as noted earlier in the article, energy drinks come in varying ingredients and at different concentrations. So there is not enough information to permit generalisation

The question remains: Do energy drinks cause infertility? Based on the above evidence, the negative effect of energy drinks on the human reproductive system cannot be ruled out, so more research should be done to eliminate all vagueness and provide clarity as to whether energy drinks pose real problems to fertility.

What is clear, however, is that overconsumption of energy drinks can have devastating consequences. Thus, moderation is key.

Are sugar-free caffeinated energy drinks safe for diabetic individuals?  Before now, the answer would have been a simple yes. Usually, sugar-free beverages have their sugar replaced with artificial sweeteners. Sweeteners were initially known to be safe for diabetics since they don’t elevate blood sugar. However, recent research has revealed that this may not be so and artificial sweeteners could elevate blood sugar and worsen diabetes.

Also, more studies have shown that artificial sweeteners may alter an individual’s gut bacteria which may induce glucose intolerance in both non-diabetics and diabetics. Besides, high caffeine consumption can worsen blood sugar problems, as studies have suggested that diabetics who consume caffeine had higher and longer blood sugar spikes than those who don’t. So, it is safer to stay away. 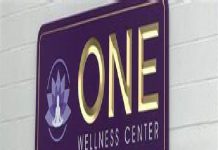