It is a general belief that pregnant women often nag and prone to depression. Studies have however validated it that a significant percentage of pregnant women say 70 per cent are either anxious or depressed, The Scientific World Journal stated.

Although there was a wide-spread misconception that pregnancy hormones could protect a mother-to-be from depression, but this was not substantiated, as studies have revealed that hormonal changes in pregnancy can make a woman highly emotional, thus making it pretty difficult to cope with depression.

Low APGAR score (which rates a newborn’s health after delivery)

Poor adaptation outside the womb, including respiratory distress and jitteriness

Risks to the mother include:

Use of substances such as alcohol or drugs

Impaired attachment to the baby

Not taking good care of her physical health

Having established the dire consequences of depression during pregnancy, it is imperative to seek for best ways in dealing with the condition.

Treatment for depression during and after pregnancy

Treating depression before, during, and after pregnancy is crucial to the health of the mother and baby. There are several treatment options. Most often, a combined treatment plan works best. The treatments include:

Alternative treatments such as light therapy and acupuncture are another option. It’s also important to have a healthy diet, regular exercise, and enough sleep.

Antidepressants that may be prescribed during pregnancy include:

Some SSRIs (selective serotonin reuptake inhibitors), such as citalopram, fluoxetine, and sertraline

SNRIs (serotonin and norepinephrine reuptake inhibitors), such as duloxetine and venlafaxine

Bupropion, which is used for both depression and to help stop smoking 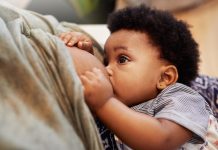 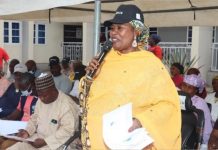