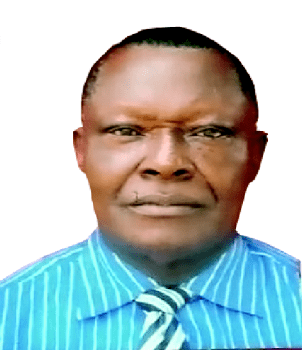 Dr Edward Chukwudi Agulanna, a native of Aboh-Mbaise Local Government of Imo State, is a Fellow of the Pharmaceutical Society of Nigeria (FPSN). A former member of the Imo State House of Assembly and former special assistant to the erstwhile minister of education, Agulanna, in this chat with Adebayo Folorunsho-Francis, relives his pharmacy experience over the years, while also recommending knowledge of the management sciences essential for every pharmacist. Excerpts:

Tell us about your early years.

With respect to family, I was born of humble but disciplined parents. My father was a very strict disciplinarian who had zero-tolerance for any act of indiscipline, no matter how minor it was.  With respect to my education, I belong to two worlds: I belong to the first set of pharmacy graduates from the University of Nigeria, Nsukka. I became a Fellow of the Pharmaceutical Society of Nigeria in 1994. Along the line, I switched over to the Management Sciences.

What prompted this decision?

I used to feel inadequate whenever I listened to the news, especially when it dealt with issues concerning the management of the economy and organisations. Words like “efficiency”, “effectiveness”, “monetary policy”, “fiscal policy”, “inflation”, “depreciation”, “exchange rates” etc often sounded strange to me. I felt that I was not properly educated and therefore had to do something. I went back to my alma mater, the University of Nigeria and registered to study Management. I went ahead to do Masters in Business Administration (MBA) and thereafter MSc and PhD in Management.

READ
How I Changed My Name in Pursuit of B.Pharm Degree – Sir Atueyi

Do you feel fulfilled studying it?

Yes! Today, I have authored and co-authored 18 books on Management. I am also a Fellow of the Nigerian Institute of Management (FNIM). I lecture in Imo State University in the Department of Management. I have successfully co-supervised 15 PhD graduates, eight of whom are our lecturers in the various departments of the university.

What circumstances led you to study Pharmacy in the first place?

While I was young, I wondered how somebody with fever swallowed “something” and his fever was cured, or drank something and had worms expelled from his body. I told myself that I must be involved in whatever was making such possible. That was my motivation for the pharmacy world.

Was it a good decision?

It was a good decision at that time, considering the information available to me which then created my mindset. However, some of our early colleagues compromised and abused the noble profession and allowed quacks and charlatans to get involved in the profession. It degenerated to all–comers affair, with illiterates and any type of human being selling drugs anywhere and everywhere.

If you had not studied Pharmacy, what other profession would you have chosen?

I would have opted for Medicine or Law because these are also respectable professions.

In the course of obtaining your degrees, tell us some of your memorable experiences

As I have already said, only my first degree is in Pharmacy. My MBA, MSC and PhD are in Management. In my undergraduate days, I still relish the memory of wearing white overalls in hot afternoons and going into the laboratory for practicals, while non-science students slept in the hostels. When I entered Management school, I felt happy that I could follow discussions on the radio and television when economic or management affairs were being discussed. I felt then that I was properly educated.

I was among the early pharmacists who joined politics. I was a legislator from 1991 to 1993. I also contested the Senate at that time but it was disrupted by military intervention. I am very happy that many pharmacists are gradually taking active part in politics.

Many of the laws proposed to stop the indiscriminate sale of drugs never saw the light of the day because we lacked the political calculus of power to get laws passed. Now, we have local government chairmen, senators, governors, legislators, commissioners and ministers that are pharmacists and thus we have the necessary political leverage.

Every pharmacist should try and take all the necessary risks to get involved in politics. According to Plato’s postulation, the price good men pay for not taking part in politics is that they are ruled by evil men.

What are your major contributions to Pharmacy?

Before I became a Fellow, I served in many capacities. I was a state chairman of PSN. I delivered lectures at both national and state annual conferences. I have also organised free lectures to pharmacists to expose them to the management aspects of the practice of pharmacy. Indeed my early foray into the world of politics encouraged many other pharmacists to follow suit.

What do you think is the future of Pharmacy in Nigeria?

Clinical pharmacy will continue to empower pharmacists intellectually and make them more relevant and respected within the hospital system, and in the practice of pharmacy generally.

What is your advice for pharmacy students seeking to follow your footsteps?

There are seven billion people in the world and no two people are exactly the same because of different configurations of personality. However, any pharmacist who feels that in his “atomic” movements in the world of pharmacy, management sciences, academics and politics appeal to him should feel free to follow my footsteps. 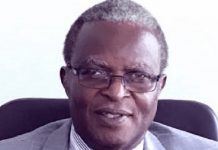 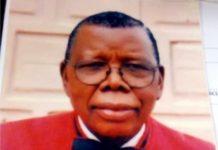