An optometrist, Dr Henry Emelike has urged Nigerians to desist from excessive use of smartphones because of their negative effect on the sight.

Emelike, who works at the Gwamna Awan General Hospital, Kakuri, Kaduna State, gave the advice in an interview with the News Agency of Nigeria (NAN) in Kaduna.

He said the number of cases of short-sightedness among young people have-soared due to high use of smartphones and tablets. “Since the launch of smartphones in 1997, there has been a 35 per cent increase in the number of people with advancing myopia (short-sightedness) according to a research carried out by David Allamby, founder of Focus Clinics in the United States of America (USA).”It is estimated that the problem would increase by 50 per cent in the next 10 years. Allamby dubbed this condition “screen sightedness.  “This, along with time spent using computers and watching television, is putting children and young people at the risk of permanently damaging their sights. The average smart phone or tablet user holds the device 30cm from their faces with some holding them just 18cm away, com-pared with newspapers and books which are held 40cm away from the eyes.’

He said excessive screen watching at close proximity keeps the genes that control myopia activated well beyond the age that myopia (short-sightedness) would historically have stabilised which was about 21 years.

“Myopia used to stop developing in people in their early 20s but, now, it is seen progressing throughout the 20s, 30s, and even 40s. It is predicted that if things continue as they are, about 40 to 50 per cent of 30-year-olds could have myopia by 2033 as a result of smartphones and lifestyles in front of the screen which would become an epidemic called “screen sightedness.”

Meanwhile, children are actually able to focus at close distances for extended periods of time than adults, and experience less eye-strain than adults. This is due to the higher elasticity and resilience cum proper functioning of ocular muscles in children and younger people. Still, the American Academy of Paediatrics recommends limiting a child’s screen time (including TV, computer, game console, tablet and smart phone) to no more than two hours a day.  “I’m not sure how realistic that is, because most class-rooms use computers and tablets nowadays,” he said. Emelike said that the phenomenon of “screen sightedness” was due to difficulty and discomfort of the constant work of accommodation and convergence as contents from mobile phones seem to appear in front of the screen rather than behind it.

He said these involved interplay of intrinsic ocular muscles as well as extra ocular muscles’ fatigue.  “In this our “technology centric” world, use of these screen devices is, however, pretty hard to avoid,” he said.  The optometrist listed the following symptoms to be associated with short sightedness: Sore, tired, burning, itching, dry or watery eyes. Others are blurred vision, difficulty in focusing, headaches, sore neck and shoulders. He, however, noted that there were few healthy tips that could help one override screen sightedness. 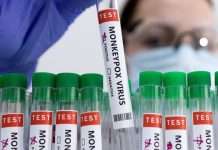 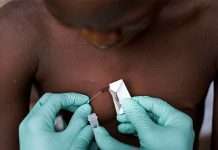