The recent announcement by the World Health Organisation (WHO) that it is set to launch, on 17 September, a global campaign to create awareness on patient safety and urge caregivers to show commitment to making healthcare safer, has further underscored  the centrality of patient safety in health service delivery.

The WHO, in making the announcement, had defined patient safety as the “absence of preventable harm to a patient and reduction of risk of unnecessary harm associated with healthcare to an acceptable minimum.” It further described “acceptable minimum” as the collective notions of given current knowledge, resources available and the context in which care was delivered weighed against the risk of non-treatment or other treatment.

This initiative is indeed commendable and pertinent, considering the numerous incidents – documented and undocumented – of harm to patients while receiving healthcare. There have been cases of patients suffering serious mishaps as a result of negligence or wrong treatment procedures by caregivers.

Some patients have been exposed to severe infections, due to poor hygiene in care centres, and some others have been maimed as a result of medication errors. Yet, while the infected and maimed patients may, at least, be considered fortunate to be alive, many others have lost their lives through such avoidable circumstances. Indeed, according to the WHO, as many as one in four patients are harmed while receiving primary and ambulatory healthcare, while 134 million adverse effects occur in hospitals, contributing to 2.6 million deaths annually due to unsafe care. Medication errors, the WHO also disclosed, cost an estimated 42 billion US dollars annually.

It must be noted, however, that while the issue of patient safety has become a major source of concern globally, as the WHO’s ongoing decisive campaign clearly affirms, developing nations, such as Nigeria, with weak health systems and significant deficits in healthcare infrastructure, have much more to do in tackling the challenge.

READ
What Should be the Punishment for Rapists? (Vox Pop)

Nigeria,  in particular,  must be at the forefront of adopting and domesticating the WHO’s initiative on patient safety. There is no gainsaying the fact that the nation’s health system is weak and many of our hospitals are bereft of basic amenities needed to provide the needed care for patients.

There have been reports of hospitals not having something as basic as good water supply – even in teaching hospitals which are the apex healthcare centres and are supposed to be centres of excellence in healthcare. This invariably portends serious consequences on hygiene. Of course, Nigerians will not be quick to forget the criticism that the first Lady Aisha Buhari, levelled against Aso Rock Clinic two years back, in which she claimed that things were so bad that for patients to get even syringes was a problem.

Moreover, many patients who visit care centres in the country, especially the government-owned hospitals (more commonly referred to as “general hospitals”) can attest to the hostile and indeed traumatising manner in which most of the caregivers relate with their patients. But, away from this, there have also been numerous cases of hospitals becoming breeding grounds for anopheles mosquitoes with many incidents of patients on admission for other health conditions getting infected with malaria.

It is our view therefore that Nigeria, perhaps more than any other nation, must embrace this new drive by WHO, as well as holistically adopting its template for patient safety, which entails having clear policies on patients’ safety, demonstrating organisational leadership capacity, recruiting skilled healthcare professionals and devising ways to effectively involve patients in their care.

The Nigerian government must begin to see patient safety as a public health emergency because it is a major reason for avoidable complications and deaths of patients from treatable conditions. It is only when this is done that the nation can have significant and sustainable improvement, not just in patient safety but in general healthcare delivery – which will ultimately help in halting the exponentially increasing incidence of health tourism by Nigerians. 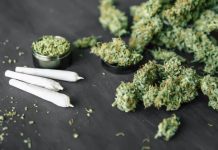 The Hue and Cry Against Cannabis Legalisation