Pharm. Gbenga Olubowale was the chairman, Conference Planning Committee (CPC) for the 89th conference of the Pharmaceutical Society of Nigeria (PSN). In this exclusive chat with Pharmanews, he revealed the essentials of the conference, stressing the importance of starting early. Olubowale, who is the chairman of PSN Lagos, also highlighted some proven strategies that can help pharmacists survive the current economic downturn in the country. Excerpts:

Congratulations on your successful coordination of the 89th PSN conference. As the chairman of the Conference Planning Committee, how would you assess the conference generally?

Well, the conference which we aptly tagged “Power State 2016” has come and gone and from the comments and feedbacks from participants, it has been adjudged as one of the best conferences in the annals of the profession, in terms of planning and execution. The attendance was overwhelming, even beyond our expectations, because people came from all over the country by all means. We had participants who came by rail, air, and by road; so it was definitely a rich one. 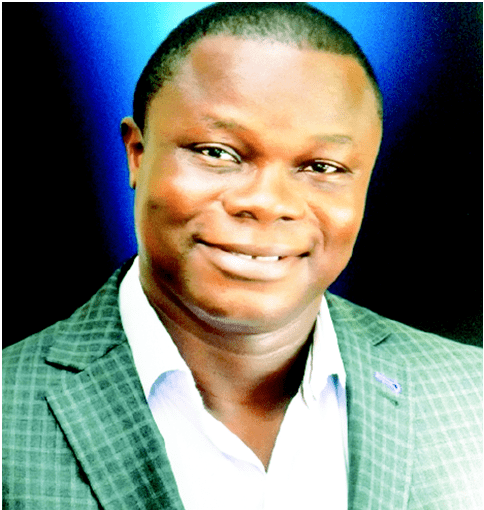 You must have encountered some challenges during the process of planning and implementing your strategies for the conference. Can you recount some of them?

There were definitely challenges, and a major one is the economic recession in the country, which gave us concern about companies’ participation. Recall that the annual national conference is a major source of funding for the activities of PSN. Conference is a place we look forward to, for generation of income through companies’ sponsorship, exhibition, and individual pharmacist’s participation.

Initially, a lot of companies had financial constraint, even though they were willing to participate; but by and large, even though the final figure has not been collated, I think we were able to meet our target, through the last minute registration.

Another major challenge we envisaged was that of getting to the venue, because there is no direct flight to Minna. Most people came in through Abuja, and Abuja-Minna road is not very smooth. Also of concern to us was the issue of accommodating over 2,000 participants. However, we were able to overcome most of these challenges.

The rail arrangement was not eventually followed up, but some colleagues came by the rail and they enjoyed it; it was a sort of excursion for them. However, some pharmacists could not make it because of the long distance.

What are the loopholes you would want the next conference planning committee chairman to bridge for this year?

In terms of loopholes, I think starting early is very crucial, as early as the year commences. I will also advise that the next CPM should do more of virtual communication, because face-to-face communication is outdated, and it wastes time and resources. Having committee members from Sokoto, Ibadan, and other places, we resorted to email and other means of electronic communication, and we were able to save the association a lot of money.

Again, resource persons and companies should be contacted as soon as possible, in order for them to factor expenses for the conference into their budget. These are some of the things they should take note of.

Additionally, participants are to be encouraged to register online as soon as possible, to facilitate proper planning for the conference.

Regarding PSN Lagos, you have successfully headed the branch for about three years now, and the branch has pioneered many laudable initiatives; but it’s been observed that other state branches have not been this vibrant. What can be responsible for this and how can PSN Lagos be of help to others?

Lagos is a peculiar state. When you talk of pharmacists, Lagos has the bulk of their population – about 70 per cent of the practitioners reside in Lagos. Even coming to political governance, very few states can do what Lagos State is doing. So I see that it is a replication of what is obtainable in the state generally.

Lagos is the commercial nerve of the country, and definitely, the PSN branch must be vibrant. Again PSN Lagos has been blessed with men and women of substance, and where you have such a large number, it will be easy for you to make choices. But some PSN branches do not have that luxury of membership like Lagos.

Also we have a population of pharmacists that are quite cooperative. They give their total support to our administration. And, you know that when you have such support, you cannot afford to fail; this gives us the courage to go forward.

Actually though, most of the other branches, too, are working at different levels; but many of their activities are not being reported in the media. Perhaps they are not aware of the power inherent in the media. However, they may not be blamed completely for this because the states may not have enough pressmen like Lagos.

Still on PSN Lagos, what were the major achievements of the branch in 2016, and what’s the vision for 2017?

All I can say is that we have done our best within the limited period we have. Some of the goals we set for ourselves have been achieved, while some are yet to be accomplished Overall, we give ourselves a pass mark.

As you have rightly observed, this is my last year as the chairman of the branch, and we are hoping to leave behind a very formidable legacy that our successor can ride upon. We have given the society more visibility, during the year; we have had opportunities to make appearances in different media of communication to showcase the activities of the branch.

We also gave the incumbent PSN president and the immediate past president a resounding reception, and other states followed suit. The same event was used to celebrate two pharmacists commissioners in the state, Pharm. Uzamat Adegbile and Pharm. Seun Osikoya; commissioner III of the Health Service Commission; as well as ten distinction pharmacists of the UNILAG pharmacy school; they were well recognised. This is a signal to other students and colleagues that hard work really pays.

We actually had a good year. In terms of development, a look around the Pharmacy Villa will show that some capital works are on-going for the second phase of the secretariat. This is to bequeath a befitting house to pharmacists in Lagos.

For 2017, we hope to finish up all projects that can be rounded off before handing over. On the issue of control of illegal premises, we have collaborated with the appropriate agency, and we are hoping to deliver well on our promises in the next few months.

The economic situation is not putting smiles on many faces. What survival strategies would you advise pharmacists to embrace?

Recession is not limited to pharmacists alone; anybody residing in the country, for some couple of months now, would clearly understand what we are going through. I think one key lesson we need to take away from here is to adjust ourselves appropriately. We need to prioritise on our list of wants and needs. We must scale down on our taste, thinking of how to survive the period – while also seeking better opportunities, because I strongly believe that in the midst of the recession, there lie opportunities for the discerning mind.

If you are working in the community, you must think of adding extra value to your services, in order to give customers maximum satisfaction.

We must up our skills, and raise the level of our inputs; that’s one key area we must look into. Again, it’s high time pharmacists started thinking of merging their premises together for a bigger operation, with shared responsibilities, costs and profits. This might be another very good option to try in this recession.