Have you recently noticed that sudden fear that holds you and triggers severe physical reactions when there is no real danger or no particular cause? Does this occur mostly at night? An expert has confirmed that what is happening to you is called panic attack.

Is there a particular cause and could there be any way to prevent this? Clinical psychologist Scott Bea, PsyD from Cleaveland Clinic, London has given detailed explanation on why night-time panic attacks and gives some ways to possibly manage them.

Dr Bea affirmed that they are common and most people that have been diagnosed with panic disorder have experienced nocturnal panic attacks, he added that while anxiety is thought to be a component of sleep panic attacks, other stressors may also trigger them.

“The absolute cause of panic attacks is pretty unknown at this point, but people who experience them may have histories of panic disorder, other anxiety disorders or behavioral health concerns that might be causing stress in general”, he stated. 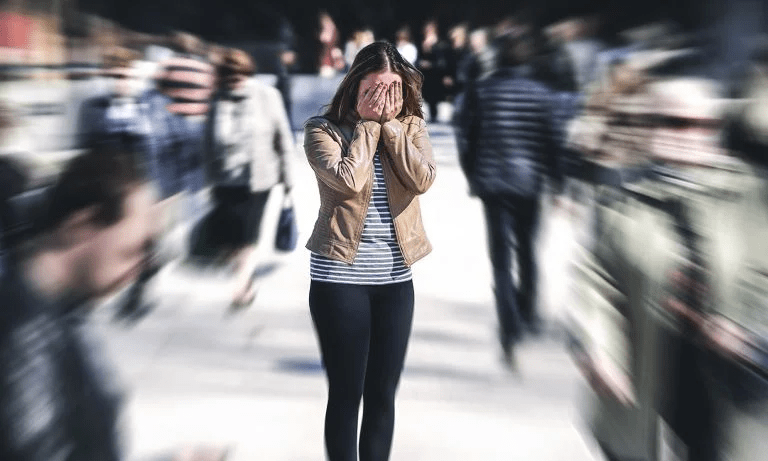 He said that most times, when people panic, the common reason is because they mostly experience situations in their life and with that, they feel trapped.

“It could be occupationally, it could be in a relationship or in some other role that they’re playing. It’s not uncommon to see correlates of that sort of tension in people who are having nighttime panic attacks. However, these types of panic attacks aren’t limited to people with a history of anxiety. They also aren’t rare. About 18 per cent of panic attacks that people experience seem to occur at night.”

As Dr Bea mentioned earlier, the cause of night-time panic attacks is relatively unknown, but it seems like they’re a manifestation of stress.

“Sleep panic attacks might reflect other stressors’ arousal in the body. It’s believed that this stress can be transmitted through genetic predispositions. This just tells you that our brains and bodies are active even when we’re sleeping.”

According to Dr Bea, one of the characteristics of true panic is that it occurs spontaneously — like a bolt of lightning across a blue sky. While we can’t prevent sleep panic attacks, he stated that we can develop more effective mechanisms for coping with the stressors in our lives.

“You might increase exercise or start a mindfulness practice. Overall, it doesn’t hurt to actively develop coping strategies. However, understand that doing these things may or may not influence the experience of a nighttime panic attack.”

What’s another thing you can do to lessen the intensity of a sleep panic attack? Normalize the experience. Dr Bea explained.

READ
EVERYTHING BIG STARTS WITH SOMETHING LITTLE

“These experiences feel threatening and dangerous. You fear the worst when your heart’s racing, you’re short of breath, you’re trembling and you have a sense of impending doom or feel like you’re losing control,” he said.

As frightening as the experience is, it’s safe. “Of course, when we have a catastrophic thought or appraisal of the event, it tends to drive more panic — it gets our body aroused. Learn to normalize that experience, to notice the sensations — but don’t try to fix them.”

“If you end up in quicksand, it’s a really good idea to just be still. If you move, it only makes things worse. With stressful events, it’s very hard to not want to fix those circumstances, but if you try and fix them, it tends to activate the primitive fight or flight parts of our brain, so the arousal and distress usually continue for a while.”

After a sleep panic attack, you’re not going to recover quickly and go right back to sleep. Dr Bea said getting up and going into another room to do a relaxing activity. No catching up on work or paying bills. Do something that will help you calm down until you’re able to go back to sleep.

Dr Bea further explained that the stress management techniques that you rely on during the day can help you recover from sleep panic attacks. While there’s no surefire method, he says that normalizing the experience regardless of when it occurs can make a huge difference. The purpose of this is to get to a place where you no longer feel threatened or disturbed by the panic attack.

Thinking about how you feel after a stressful event is an observational strategy that keeps you from trying to fix the experience. When you don’t try to fix things, the sensations in your body are going to pass pretty quickly.

“If you’re driving in your car and someone cuts you off, you’re going to jerk the wheel to avoid the collision. Your brain and body are going to be activated very quickly so even though you’ve avoided danger, you’re still going to feel on edge,” he noted.

“But if you continue to drive and simply notice the sensations in your body, they’ll dissipate on their own. The same strategy can be used in the midst of a panic episode. Simply noticing the sensations, perhaps rating the discomfort then noticing the remaining sensations can be much more useful than taking any steps to ‘fix’ the panicky feeling.”