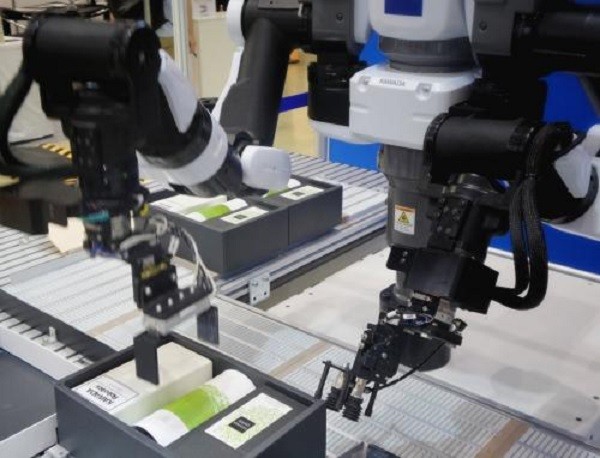 Despite having over 115 registered companies, the Nigerian pharmaceutical manufacturing sector has not really lived up to its full potentials. This is largely due to such factors as government’s failure to create the enabling environment through friendly policies. Nigeria, with its huge natural and mineral endowments, has virtually struggled in the last 42 years to maintain an enviable economic outlook. Many have wondered why a country which was in the league of the Malaysias and Brazils of this world has witnessed such a stunted growth. The reasons are not far-fetched.

Experts agree that the decline in the prosperity trajectory of the country began with the bastardisation of nationalistic values and the desecration of sound institutions put in place through the labours of our founding fathers, by both military and civilian adventurists and opportunists in government. The scramble for the nation’s petrodollars unavoidably led to the abandonment of other critical economic money spinners such as agriculture, from where most countries source their Active Pharmaceutical Ingredients. Is it not shameful that Nigerian pharmaceutical manufacturers also import packaging paper from India, with the limitless flora in our forests?

The precarious situation of the pharmaceutical manufacturing sector in Nigeria today demonstrates the fact that the impact of the damage done to the country by those adventurists is still being felt. The cost of drug production in Nigeria is one of the most unstable and embarrassing decimals in global economics.

To start with, virtually all pharmaceutical manufacturers in the country import their APIs from India and China. The instability in the nation’s exchange rates means that the exporting countries gain more because of the abysmal worth of the Nigerian currency. Heavy and hostile tax regimes also constitute a nauseating fraction of the hydra-headed problem.

It would not be out of place to state here that most pharmaceutical manufacturers in the country are only doing charity or being nationalistic. Profit margins are low amidst strangulating policies from government. High interest rates on loans and scarcity of forex are also some of the reasons our pharmaceutical manufacturers are struggling to survive.

In a research on the implications of national tax policy on local pharmaceutical production in a southwestern state of Nigeria (Obembe et al., 2022), the investigators arrived at the following germane conclusion: “Stakeholders’ perspective of implications of the tax environment on the pharmaceutical sector of Nigeria revealed the unfriendliness of the government policy to local manufacturers. Although the checklist for availability and prices of essential medicines in Osun state, Nigeria revealed that the pre-selected drugs were available in the facilities, the observed prices further affirmed the relative difficulty that is experienced by local manufacturers to compete with imported brands of the same drugs.”

According to medical experts, the Nigerian pharmaceutical market has remained stagnant at $1.5 billion to $2.5 billion. This is in spite of its encouraging potential to hold 30 to 40 percent share of the African pharma market, with the right policy interventions. The stagnation is indicative of a systemic error or failure on the part of stakeholders, especially government to create and embrace winning and innovative policies that can revitalise the magnificent yet slumbering sector. It is presently estimated that Nigeria hosts about 60 percent of the pharmaceutical production capacity in Africa. It is projected that the sector will grow between $60 billion to $70 billion dollars after COVID-19.

However, with the launch of the National Drug Policy in 2021, stakeholders are optimistic that Nigeria will benefit immensely from the development. The new policy document reflects the fact that more realistic targets have been set and the Nigerian government is optimistic that this new document will bring measurable improvements in many areas of the nation’s pharmaceutical landscape. These include but not limited to local production, patronage of locally-produced drugs, effective drug procurement and the rational use of drugs. The policy also seeks to strengthen the health system and the delivery of medicines, vaccines and other health technologies and supplies.

Irrespective of the many roadblocks working against local drug manufacturing in Nigeria, there is a ray of hope. Last year, Emzor Pharmaceuticals said it had reached an API Manufacturing Technology Transfer and Licensing Agreement with India’s Mangalam Drugs & Organics Limited to locally manufacture in Nigeria and distribute Active Pharmaceutical Ingredients (APIs) for the treatment and prevention of malaria.

However, as laudable as the development looks, it is still not enough. The federal government should declare a state of emergency in the pharmaceutical industry by putting in place measures that will stimulate the rapid localisation of all pharmaceutical APIs within the country.

The Menace of Penile Enhancement Merchants