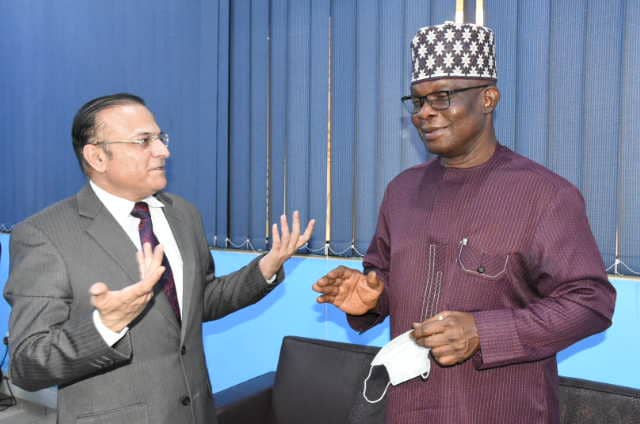 The International Committee of the Red Cross (ICRC) has developed a mobile tablet fitted with an electronic application to enable healthcare workers to diagnose and treat common childhood diseases.

Mr Marco Landi, ICRC, Project Manager of Algorithm for the Management of Childhood Illness (ALMANACH) said this in Abuja on Wednesday at the digitising healthcare photo exhibition on lifesaving technology in the North East.

According to him, the digital device, called ALMANACH is an innovative, user-friendly mobile application that provide accurate and specific support to health workers for clinical decision making.

“ICRC is an impartial, neutral and independent organisation whose exclusively humanitarian mission is to protect the lives and dignity of victims of armed conflict and other situations of violence and to provide them with assistance,’’ he said.

Landi said that ALMANACH, had made it possible for healthcare workers to diagnose and treat common childhood diseases in children less than five years old in Adamawa.

He said that more than 800,000 children under five years in Adamawa need essential health care.

“The state is one of the three states in the North East hit hard by the ongoing armed conflict and has had a devastating effect on the healthcare system in the region.

“ALMANACH was launched in Adamawa in 2016 in 12 health facilities and is currently being used by 412 facilities across the state.

“The device, which is quite user-friendly is an initiative of ICRC, the Swiss Tropical and Public Health,’’ Landi said.

He said that the core objectives of the project was to ease and give proper access to diagnose children illness from zero to five years.

According to him, the core objectives of the project is to give direct and accurate data in diagnosing a child with the advantage of getting quick result.

He said that the project was not introduced to substitute the clinical skills of healthcare workers, but to make them use their skills better.

“We want a better diagnosis to give children better treatment and fast,’’ Landi said.

He said the device would give health workers the chance to focus on the patient instead of trying to follow unbelievably complex algorithm.

According to him, the device has all the guidelines in the tablet with the latest information and most updated.

He said that once the physical examination was over, all the data would be digital, this would help to avoid the lengthy process of putting them on paper for summary.

“This gives us the possibility of analysing the data quality in real time when internet is available.

“And we have been generating in the past three years huge stream of information.

“The information, we believe think can be very useful both for epidemiological surveillance in the short term, and for the medium and long term planning for health resources,’’ Landi said.

Dr Suleiman Bashir, Adamawa State Primary Health Care Development Agency (ADSPHCDA) Chairman, said that if the project would be sustained, many lives would be saved.

Bashir said the device would help generate accurate data and improve the quality of counselling.

He said if the device would be properly utilised, it would improve the quality of healthcare in Nigeria.

Bashir called for partnership to sustain the project and achieve its objective.

According to him, the project is among the best so far designed to make primary healthcare service simple and accurate.

He said if properly used, “the device has a lot of advantages to the state and the country to achieve universal health coverage.”  (NAN)