It sounds ridiculous, because they have got nothing in common, but for the dynamism of  knowledge, researchers from the University Of Utah School Of Medicine, have recently found a relationship between going to church, sex, drugs, rock and roll, stating that all these activities stimulated the nucleus accumbens. 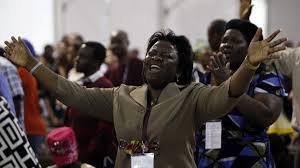 The study, which was published on DailyMailOnline revealed that the scientists conducted fMRI scans on 19 young adult Mormons, and it was found that spiritual feelings stimulated the nucleus accumbens – a brain region associated with processing reward and which is known to play a role in addiction.

The team was on a search to discover which brain networks are involved in representing spiritual feelings in one group – devout Mormons – by creating an environment that triggered participants to ‘feel the spirit.’

READ
Rest is not a Luxury

Having subjected the volunteers to different tests under different conditions, they found that some of them reported feeling peaceful and warm inside and some were in tears by the end of the scan when they felt a peak spiritual feeling when watching the ‘stimulating’ church video.

According to the lead author, Michael Ferguson, a bioengineering graduate student at the University of Utah, “When our study participants were instructed to think about a saviour, about being with their families for eternity, about their heavenly rewards, their brains and bodies physically responded” .

So which would you rather go for, church, sex, drugs, rock and roll?