The road show of projects selected by The Ministry of Industry and Trade of the Russian Federation for introduction to global markets is to be held at Stockholm on November 24, 2016. 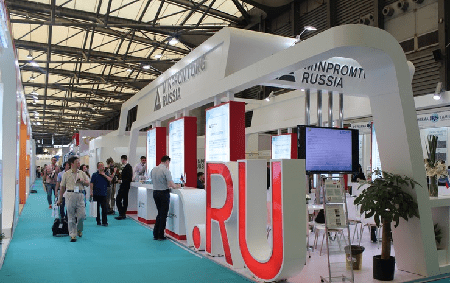 Russia has set a course for supporting the latest scientific research and, in particular, on drugs, and transferring the new technologies to Western markets. One example of such developments is the project by the Biomedical Centre of St. Petersburg, led by Professor Andrey Kozlov. This private think tank researches the role of epidemiological approaches to the fight against HIV and AIDS, develops new concepts of active preventative measures and has been working on a vaccine against the virus since 1994. Some of the potential vaccines developed at the Centre have successfully passed their pre-clinical and clinical trials and are now awaiting state support for conducting the 2nd and 3rd phases of the clinical trials.

The Science Magazine has praised the Biomedical Centre of St. Petersburg as an ‘island of talented investigators’[i] for their contribution to ‘clarifying the rate of spread of HIV among injecting drug users and documenting the transmission from IDUs into the broader population through heterosexual sex’. The magazine said that Russian scientists arrived at the very epicentre of research on vaccines against HIV and that the importance of their work goes far beyond the Russian borders.

The initiative put forward by the Industry and Trade Ministry in 2016 was aimed at helping such promising innovative developments to enter the market. This initiative has seen the launch of a programme for promoting, expert trials, analytical support and business acceleration for research projects which have earlier received state funding.

The programme was designed to support the development of successful research, reassess the projects’ viability and patentability, and to analyse their technological and economic potential for scaling both in Russia and abroad.

The selection process involved assessment by a number of experts from a variety of fields, such as medicine, pharmaceuticals, innovations and intellectual property, as well as representatives of the business.  Projects were reviewed by representatives of both the scientific and the methodological schools. Such an approach ensured a comprehensive assessment and eliminated any risk of a conflict of interests; one of the prerequisites for being an expert was having no connection to any of the participants of this project.

Such efforts to ensure independent assessment have been made as the Ministry aims to commercialise new technologies based on original ideas and latest developments on global markets as soon as possible. Russian drugs get approved by foreign investors who recognise their competitiveness with increasing frequency. Similarly, the global financial crisis and the rouble’s devaluation against other currencies over the past few years have made the environment for joint projects in Russia more attractive and have worked in favour of such international syndicates.

The programme of the 6th Russian-Swedish economic forum on new investment potential, which will take place in Stockholm, includes a presentation of the project office and Russian innovative projects in pharmaceuticals and biotechnologies on 24 November.

In 2017 the Ministry of Industry and Trade of the Russian Federation is planning to expand the work of the independent project reviewing commission.

You can register for the 6th Russian-Swedish economic forum here:
http://rysslandshandel.se/forum/forum2016_registration.php

2011 saw a launch of Pharma-2020, a programme designed to ensure a transition of the Russian pharmaceutical and medical industries to an innovative development model. It is sponsored by the Ministry of Industry and Trade of the Russian Federation.