The Global Schistosomiasis Alliance (GSA) brings one of the world’s biggest killers, schistosomiasis, to the attention of the G20 Health Ministers in Berlin

#MakingSchistory: A giant worm in the Humboldthafen, Berlin, represents the parasitic worm of schistosomiasis that causes suffering to millions around the world. Its impact is second only to malaria.

To bring the devastating disease, schistosomiasis, to the attention of Health Ministers worldwide, the Global Schistosomiasis Alliance (GSA) (www.EliminateSchisto.org) has positioned the #MakingSchistory worm at the Humboldthafen in Berlin, Germany. The 25m inflatable structure represents the parasitic worm of schistosomiasis that causes significant suffering and death. The ‘wormzilla’ reveal coincides with the B20 Health Conference which takes place ahead of the G20 Health Ministers meeting and will see health organisation from across the world come together to demand action on global health issues, including neglected tropical diseases (NTDs) such as schistosomiasis. 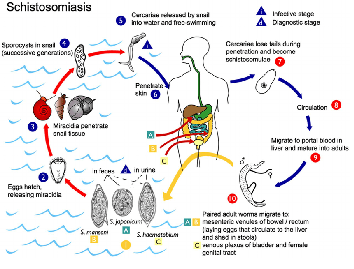 The GSA has also published a report today, The people #MakingSchistory: The global fight against schistosomiasis, which shares stories from people across the world who are working tirelessly to consign schistosomiasis to history. Included in the report are personal accounts from renowned scientists, such as Professor Alan Fenwick, to on the ground health workers who fight the disease every day. 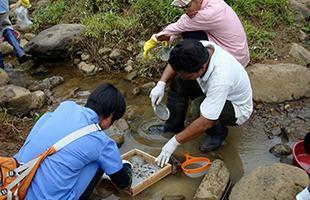 “Schistosomiasis is the biggest killer you’ve probably never heard of, and that’s the problem. We want to bring the suffering that this disease causes to the attention of the G20 Health Ministers and the B20 Community in the hope that more awareness will lead to greater action. Our newly launched report tells the story of those closely involved in the fight to eliminate schistosomiasis. We hear about the real issues faced by the courageous people – public health officials, doctors, researchers, donors and organisation leaders – who are driving positive change for those vulnerable to the disease,” said Dr Johannes Waltz, Director, Global Schistosomiasis Alliance.

READ
How Rats and Human Behaviour Cause Lassa Fever – Epidemiologist

The call for more global action to tackle schistosomiasis has been put into focus this year as the Merck-World Health Organization medicine donation program marks its tenth year. This program provides free praziquantel to children in Africa. To date, more than 100 million children have been treated.

“In order to break the cycle of suffering and misery caused by schistosomiasis we must continue to improve on the incredible progress made over the last 10 years. We can eliminate schistosomiasis if we ensure that young children and adults at risk of the disease are fully protected and avoid the serious consequences of infection. The first step towards elimination is being achieved by free treatment, and the next step will be providing clean water and sanitation to those in vulnerable communities,” said David Rollinson, Director of WHO Collaborating Centre on Schistosomiasis, Natural History Museum, London.

Schistosomiasis kills 280,000 people every year in Africa alone. People can become infected with schistosomiasis when they come into contact with contaminated water while washing, playing or working. Infection is especially high in children and can cause anemia, stomach pain and swelling, diarrhea and bladder cancer, as well as holding back their cognitive development and growth.

Distributed by APO on behalf of Global Schistosomiasis Alliance (GSA).

China Locks Down City of 4m People Over COVID-19