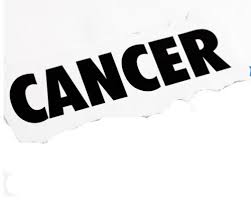 Although general fatigue is commonly associated with the daily grind of life, extreme fatigue that doesn’t seem to go away can potentially be a cause for great concern.

According to the American Cancer Society, chronic fatigue, or fatigue that can’t be remedied by sleep, can be a sign of leukemia, colon cancer, or cancer of the stomach. It is worth noting, as a means to avoid fear-mongering, that chronic fatigue or any issue documented in this list is merely a possible symptom of cancer, not a formal diagnosis.

Similar to chronic fatigue, unexplained weight loss can be a serious yet often ignored symptom of cancer.

If you lead a rather active lifestyle, the concept of losing weight without the means of a drastic diet plan probably won’t resonate with you in terms of a legitimate concern. However, that line of thinking can often play a major role as to why this particular symptom has the distinction of being ignored.

If you’re losing weight, even though you’ve maintained your daily living routine, you could be in the early stages of any number of cancers. Esophageal, lung, pancreatic, and stomach cancers often include symptoms of unexplained weight loss. (Source: American Cancer Society)

While pain can occur due to a variety of reasons, many of which are not serious, long-lasting pain and/or pain that doesn’t go away with the help of basic medication(s) can be a symptom of cancer.

Per the American Cancer Society, sustained back pain can be a sign of colon or ovarian cancer, while a lengthy headache that produces pain for several days without relief can be a sign of brain cancer. Additionally, bone and testicular cancer can often produce aching or sharp pains in the early stages of development.

Pay attention to your body and never dismiss pain that seems to last for days or weeks at a time.

Lumps under the Skin

While lumps under the skin are often associated with breast or testicular cancer, lumps can occur in virtually any soft tissue area of the body regardless of gender.

If you detect the presence of a lump or mass under your skin, your best plan of action is to take action. Discovering a mass in its earliest stage could very well be the key to your physical well-being in the long term.

The University of Texas MD Anderson Cancer Center suggests that you consult your doctor as soon as possible once you discover a problem of this nature. It is important to be naturally self-conscious of your body as a way to detect unusual physical changes.

In respect to common cancer symptoms ignored by women, the presence of a swollen foot or leg could potentially be a cause for concern.

According to the University of Texas MD Anderson Cancer Center, swelling in these areas, while accompanied with pain and/or vaginal discharge, could be a sign of cervical cancer.

While a swollen leg has a marginal return in respect to a serious medical condition, it is important to pay attention to your symptoms and never dismiss them, especially if they’re accompanied by other ailments such as discharge or pain.

Even though this particular ignored symptom of cancer is more notable in men than women, the condition known as leukoplakia is all-encompassing in respect to gender. Frequently associated with all forms of tobacco use according to both the American Cancer Society as well as the University of Texas MD Anderson Cancer Center, leukoplakia is a precancerous condition that is marked by various white patches within the mouth and gums.

Although mouth sores and ulcers are often ignored and dismissed as nothing more than routine irritations, if you’re a regular user of tobacco you need to be mindful of any changes that take place within your mouth.

As noted above, leukoplakia can impact both men and women through smoking, but the condition is found more often in men who abuse cigarettes as well as smokeless tobacco.

While skin cancer is unfortunately quite common in our society, the symptoms of skin cancer are all too often ignored.

Brushed aside as a common sunburn or darkened mole, for example, many people dismiss skin cancer symptoms while under the assumption the changes are simply due to natural sun exposure or the unfortunate, yet common, part of the aging process.

In truth, any freckle, mole, or wart that changes its shape or color should garner your full attention. Changes in your skin that are accompanied by excessive itching need to be strongly recognized as well. Various types of skin cancer, including melanoma, can be the cause of these symptoms.

The primary cause of melanoma is sun exposure. In terms of combative efforts, if a patch of skin has changed or a common mole has dramatically shifted in color and size, you’re advised to consult your doctor. (Source: American Cancer Society).

Have you noticed changes in your restroom habits in respect to urination and/or bowel movements? If you’ve found the need to urinate more frequently or less often than before, you could be experiencing an early sign of bladder or prostate cancer.

Per the University of Texas MD Anderson Cancer Center, blood in your urine or stool could also be a symptom of a serious medical condition.

Changes in bowel habits, such as the aforementioned bloody stool or frequent diarrhea can be a sign of colorectal issues.

Although a slight fever can often be ignored and attributed to various minor health issues such as the common cold, a prolonged fever can serve as the warning sign for a potential life-threatening condition.

Many times cancers such as leukemia and lymphoma can impact the immune system in such an aggressive fashion the body attempts to fight off the infection to the point of fever.

The American Cancer Society encourages you to never gloss over a fever that is long-lasting and fails to go away with common remedies.