By Oluwole A. Williams BPharm, PharmD 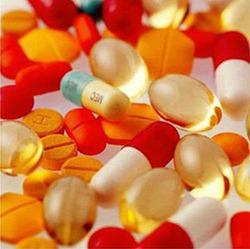 However, this definition or classification of anthelminthic drugs is old and not mutually exclusive, as there are some medications that combine both characteristics, depending on the concentration of the drug applied in therapy.

Some anthelminthic drugs are available as OTC: Levamisole, Piperazinecitrate and Pyrantel pamoate, depending on local/national drug regulation; while others are obtainable only by prescriptions from a qualified veterinary or medical practitioner. Most anthelminthics on the US and international pharmaceuticals market come under different brand names, especially the proprietary formulations.

Helminthiasis in whatever circumstance is not an ideal health status for anyone and certain adult Filarial worms such as Wuchereria bancrofti, and Brugia species are known to cause severe systemic disease, while species of Onchocerca volvulus  may cause loss of eyesight (river blindness).

Derivatives of the Benzimidazole nucleus, including, Albendazole, Mebendazole, Thiabendazole, Fenbendazole, Cambendazole and Parbendazole, are used widely in medical and veterinary practice as anthelminthics – the last three drugs only on livestock while the first three are used on human populations.

Most benzimidazoles, except Albendazole have few if any systemic effects because they are poorly absorbed from the GI Tract due to their relative insolubility in water. Albendazole and Mebendazole are safe in paediatric medicine for children aged two years and upwards but are contraindicated in the first trimester of pregnancy. Cambendazole and Parbendazole in veterinary medicine have been reported as teratogenic and must be avoided in pregnant livestock.

Topical preparations of Thiabendazole (Mintezol) have been proven as clinically effective in Cutaneous larva migrans aka creeping eruptions caused by direct dog/cat hookworm larva penetration into human skin. In India and Egypt, combinations of Antifilarial drugs and benzimidazoles have been employed in the treatment of multiple infestations due to Soil-Transmitted Helminths (STH) and Lymphatic Filariasis-LF (Hydrocele, Elephantiasis, & Lymphedema).

According to The US Centre for Disease Control and Prevention CDC, Albendazole, Mebendazole and Pyrantel pamoate are drugs of choice in the treatment of pinworm infection commonly seen in North America and all three drugs are classified by the CDC as pregnancy Category C but could be used in the 3rd trimester of pregnancy if clinical benefits outweigh risks of use. Albendazole is widely used globally and is proven an effective treatment in parenchymal neurocysticercosis from larval forms of T. solium (pork tape worm) and for cystic hydatid disease of liver, lung and peritoneum caused by larvae of dog tape worm (Echinococcus granulosus).

As shown in Table 1 below, drug doses may be administered on weight basis or based on the patient’s age as appropriate; Praziquantel is available locally in US as 600mg Tablets no liquid for  Schistosomiasis (Bilharziasis)  given as an average 20mg/kg body weight (wt) dose repeated in four to six hours up to three doses in a 24-hour period for all species of schistosomes. Other drugs, such as, Metriphonate, Oxamniquine, Niridazole, Lucanthone, Hycanthone and Stibocaptate have now been superceeded by praziquantel due to their limited efficacy against different species of the bilharzial worm.

Filariasis caused by Loa loa, Wuchereria bancrofti and Brugia malayi are treated with Diethylcarbamazine citrate doses starting at 1mg/kd body wt. increasing over three days to 6mg/kg body wt. (and up to 9mg/kg body wt in Loa loa). Onchocerciasis is treated with a single dose of 150mcg/kg body wt. of Ivermectin orally repeated every 6 to 12 months until adult worms or symptoms die out.

READ
Of morals, ethics and law: the tripod of pharmacy practice

Helminthiasis or worm infestations is a subject of global concern particularly in children for whom it may cause severe malnutrition, anaemia and growth/developmental problems and in rare cases ocular abnormalities. Data from the World Health Organisation (WHO) reveals that about 1.5 billion people, that is, 24 per cent of the world’s population is affected by soil-transmitted helminth infections; and over 270 million pre-school age children live in areas where parasitic worms are transmitted.

In 2001, delegates to the World Health Assembly per the WHO resolution (WHA54.19) urged endemic countries, including Sub-Saharan Africa, The Americas, China, India and East Asia, to adopt a global target or common worm treatment, targeting at least 75 per cent of children by the year 2020. Going by the awareness created by experts and the WHO, public health partnerships, such as the Global Network for Neglected Tropical Diseases, have been formed with some pharmaceutical companies donating anthelminthic drugs for Mass Drug Administration (MDA) – particularly for the six common helminthiasis in humans (Ascariasis, Trichuriasis, Hookworm, Schistosomiasis, Lymphatic Filariasis LF, and Onchocerciasis).

Overseas travel for leisure or by military personnel and missionaries to tropical or third world countries, including, India, Egypt, Mexico and other South American countries, may also contribute to the burden of worm infestations seen in certain communities. Worm eggs/larvae may spread via infected nail beds, eating raw food, buying hawked snacks, pet grooming or via occupations in agriculture and most especially in people who work with animals, including those who serve as volunteers in zoos, parks, abattoirs or such other places where pigs, sheep and cattle are kept.

Echinococcus species, including E. granulosus, E. mutilocularis, E. vogeli which cause “cystic” and “alveolar” hydatid disease have been seen in dogs and cats and these have been postulated as possible causative factors for paediatric asthma in homes where many pets are kept. Serious anaemia in pregnant women has been clinically confirmed in certain cases as resulting from hookworms because the adult worms feed on blood cells.

People who are infested with worms may carry more than one type of worm, that is, there are cases of multiple infestations and, if not treated promptly, may become reservoirs for spread of worm egg/larvae in any given community. Target of treatment and screening therefore should be extended to susceptible adults and children as suggested by the WHO. 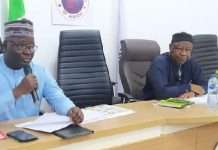