There is only one success – to spend your life

I knew a man who loved to knit. Blankets, quilts, sweaters – he knitted them all. Knitting was his hobby, his escape. He could choose another hobby – something a bit more masculine, like restoring vintage cars or hunting. But this man stuck to what made him happy – knitting.

He had discovered knitting when he was only a little boy who didn’t know any better. As he grew into his teenage years he was made aware of the fact that knitting wasn’t a common hobby for a boy – that it’s usually a hobby chosen by girls or by “boys who like to wear high heels,” as his older brother would say.

Over time, after being ridiculed by his brother and others, he eventually asked himself a question: “Are the opinions others have about knitting at all relevant to my experience of knitting( as a hobby?” And he immediately realised the answer was: “No!” So he kept enjoying the hobby that made him happy.

What dictates your decisions?

It’s fascinating how we make certain decisions in life. Sometimes we follow our heart and intuition and we choose the thing that makes the most sense to us – that which makes us happy. Other times we follow our fears and expectations, especially those spawned by the culture and society we live in, and we choose whatever we believe will most appease those fears and expectations – that which makes everyone else (or no one at all) happy.

The man in the above story stuck to knitting even when he learnt about the cultural and societal expectations that suggested he should give it up. But he didn’t always carry forth with this same open minded attitude. For instance, he believed for as long as he could remember that he would someday find the perfect mate. And he knew exactly what she would be like. He told me the story about her that he had inscribed in his head since when he was in high school. The beginning of the story went thus:

I’ve always dreamed that someday I would meet the perfect mate. She would be smart and classy, yet sexy and athletic. And she would be a geek like me. I wouldn’t care what her religious background was, so long as she had an open mind and an honest heart. But she would have to be neat and tidy, because I’m not and I need someone who can balance me out.

And she would love to snuggle, like me. Because I would want to hold her at night, and because we would need to be close so we could fool around and giggle and talk softly to each other. We would talk about people, places, our lives and our future together for hours into the night.  And money wouldn’t matter to either of us because we’d be in love. She’d know it and I’d know it, and we’d be happy with what we had.

The stories that we tell ourselves and each other sound remarkable, don’t they? They romanticise us. They sweep us off our feet. They persuade us to believe that if we dive head first into an intimate relationship, a big financial purchase, greasy foods, imported beers, or whatever it is that temporarily pacifies our worried mind from reality, then we will somehow find what we are truly looking for.

Our obvious dilemma is that reality is not temporary. Reality keeps on coming. That intimate relationship will have our heart blissfully skipping beats until it doesn’t any longer. That big financial purchase will be fun and exciting until it isn’t any longer. Greasy foods and beer will comfort us until they don’t any longer.

The man who loved to knit soon came to realise the temporary, restrictive nature of the stories we tell ourselves. Because the ending to his story about his perfect mate – the part that comes after the introduction I shared with you above – is about a woman who was amazing (almost perfect) but who didn’t quite t the mould of the woman from the story he had in his head.

Sadly, he was unable to give up the perfect woman from his story for the amazing woman sitting in front of him. When she eventually realised this, she moved on.

Gradually this man, too, began to move( on. He began to slowly rediscover his true self – the self he knew when he was younger before he started telling himself stories, or buying into the stories, fears and expectations of those who lurked around him. This self was a blank canvas, free to experience and appreciate everything just the way it was, without the burden of a storyline.

And as he slowly rediscovered himself, he struggled with the notion of life without a storyline. Because he could barely remember what life was like when there was no story, no fears, no expectations. But he knew deep down that he once lived in a world free of them. And when he did, he discovered knitting and fell in love with( it. It became one of his greatest sources of happiness. And he knew that if he wanted to fall in love like that again, he must get back to that story-free world within himself, where happiness is found.

Why Intellectuals Need to Lead Professionally (4) 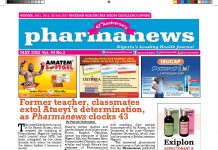 Why Intellectuals Need to Lead Professionally (3)