Why did you decide to study Pharmacy?

I have always liked anything health-related, probably because my mother is a nurse. Growing up, I enjoyed the respect people had for her because of her job. I also took particular interest in drugs and their uses. I guess that helped my decision in preferring to study Pharmacy above any other health-related profession.

What motivated you to contest for PANS presidency?

I have always had interest in PANS right from my days in 100 Level. I have always believed in progress and that things can be done in a much better and organised way. My motivation for running for the post of president stems from the will to build a modern association where everyone can contribute and benefit in one way or the other. and this we have for sure been able to achieve.

How do you feel being in the same school as PANS national president, and how would you describe your experience working with him?

Being in the same school as the national president is actually something to be proud of, considering the fact that one of our achievements was to successfully conduct a peaceful, free-and-fair election that brought in the national executives. So far, working with the National President has been wonderful, he is a man of vision, great ideas; and I believe that during his tenure PANS national will achieve great strides.

Tell us about the activities and achievements of PANS-OAU since you assume office.

PANS-OAU has achieved a lot since we came on board. We were able to organise the first IPSF Clinical Skills event and the Patient Counselling event in Nigeria. We were also the host in the western cohort for the first ABGHB Global Health pharmacy course in West Africa.

In addition, PANS-OAU, in conjunction with LiveWell Initiative (LWI) and some other organisations held an awareness campaign against cancer in the heart of Ile-Ife, Osun State, where we screened over 100 persons and also gave out free drugs and counselling.

Additionally, the administration was able to organise a befitting PANS WEEK, amongst other activities organised locally.

How have you been coping with the challenges of running PANS and studying?

Running PANS and attending to academics has not been an easy task at all, I must confess, as the curriculum is quite bulky and doesn’t give much room for extra-curricular activities. Also, very few pharmacy students have an interest in PANS activities, largely due to the bulky academic curriculum and, of course, fear of failing.

Sourcing for funds for the running of the association at this time of economic depression has been tough. However, aside from relying on the grace of God, strict time management has really helped me.

Delegating duties and tasks has also helped immensely in reducing pressure on the executives while having more study time to ourselves. We also carry a lot of people along in the course of our administration.

The educational sector has, for years, had to contend with many problems, with university workers often going on strike to protest over what they describe as unfavourable working conditions. Are there measures that can be taken to solve this challenge without strike actions?

It is true that the educational sector has lots of challenges, one of which happens to be incessant strikes. This, of course, is mostly due to the failure of the government in keeping true to agreements. It should be noted that before any major strike action, there must have been several deliberations, including sometimes, a warning strike, before a protracted one commences.

However, even though strike appears to be the only the language the government understands, there are still better measures that can be employed in tackling situations. These include giving more time to intellectual deliberations and finding a balance between both parties (government and university workers).

As a student what would you say are the challenges facing pharmacy education and how can these challenges be surmounted?

As a pharmacy student, you have a lot of things to learn within a short time – some necessary, some not quite important. This, in a way, puts a lot of pressure on you. I think if more time can be added to the academic year to help pharmacy students learn properly, without any rush, it would help learning and help produce better pharmacy students.

The introduction of the PharmD programme is also a good development and a stepping stone towards producing better pharmacists that will be relevant to the health sector.

What is your view on student unionism?

The students union is a very important arm of the university system. Students, for which every institution is established, must have a unanimous voice; and as such there must be a body responsible for that. It’s quite sad that very few students participate in union activities as they feel it is for unserious students, not knowing that they are only leaving their fate in the hands of these so-called ‘’unserious” ones.

I think more intellectuals should participate in union activities so that a stable and organised union can be achieved. Also intellectual deliberations can be employed, instead of unnecessary violence and protests.

The main challenge of the event is the low turnout of participating pharmacy schools, which is due to differences in academic calendar and also probably because long-distance participating schools have to travel to participate in the event.

I suggest that due to the peculiarity of the event and the person being honoured, the event should be made a PANS national event and should come up during the national convention so that more pharmacy schools can participate and the event can be given the honour which it deserves.

Sir Atueyi has really paved way for this present generation and even the future ones to come in the field of health journalism which we never thought could be possible. Aside from this, despite being a living legend, he is a very humble, intelligent and smart entrepreneur. There are so many things we can all learn from him.

Where do you hope to see PANS-OAU in few years’ time?

PANS-OAU has achieved great strides during my time in office. The association has helped orientate her members in the field of public health. Pharmacy students do not only see PANS as an association that’s just socially inclined but one that also impacts on them academically. 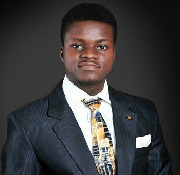 we have also increased our internally generated revenue base, in a bid to be self-sufficient. By the time I’m leaving office as the president of the association, I see PANS as an association that is much more self-sufficient and one where everyone is happy to participate and contribute his or her quota towards achieving progress. 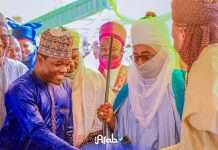 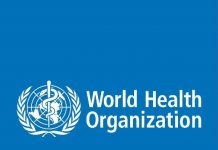 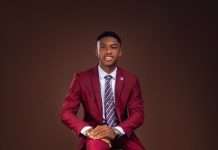