Are you battling with excess fluid in your body? Studies have established that accommodating unnecessary fluid in the body poses as a threat to the heart, because it could trigger different heart diseases, beginning with high blood pressure. Diuretics are used to rid the body of extra fluid or salt. People with high blood pressure, heart failure, swollen tissues, and kidney disease often use diuretics to treat these conditions.

Extra fluid in the body makes it hard for the heart to work properly and can make breathing difficult. Prescription diuretics are commonly called water pills and will increase urination to begin with. This typically improves quickly, however.

According to a new study released by Medical News Today,  it stated that there are several foods, drinks, herbs, and spices that work as natural diuretics in the body. Unless someone has a certain condition that causes their body to retain fluid, they should not increase their intake of diuretics.

The list of the natural  diuretics is as follows:

READ
How Extraordinary Leaders Make The World A Better Place

Nigella sativa, also known as black seed, is one of the more effective natural diuretics.

The seed has a strong peppery flavor and used in Indian and Middle Eastern cuisine. Nigella sativa is being studied as a possible treatment for high blood pressure. High doses of Nigella sativa may cause liver damage.

The Hibiscus sabdariffa plant works as a natural diuretic and also prevents the body from getting rid of potassium. Hibiscus sabdariffa is also known as roselle or red sorrel. It is often used as a medicinal supplement or made into a tea. Hibiscus tea is made by steeping the dried petals of the hibiscus flower in hot water.

Alcohol is a well-known diuretic that works by increasing urine output. However, alcohol has many adverse health effects and should always be consumed in moderation.

A common wildflower found in many parts of the Northern hemisphere.

Caffeine has a diuretic effect, although it is mild and short-term.

Both dandelion and ginger are popularly used in drinks and teas claiming to be detoxifying because of their diuretic qualities. No sound human studies have proven their effects, however.

A study found that parsley seed extract given to rats increased their urine volume significantly. Parsley has been used as a home remedy diuretic for many years.Parsley is often used as a spice, either fresh or dried, and pairs well with Italian cuisine, chicken, or fish.

Caffeine may have a mild, short-term diuretic effect. Caffeine is found in coffee, tea, soda, and energy drinks. People who regularly have drinks with caffeine can develop a tolerance to caffeine and will not see any difference.

Theophylline, a compound found in tea, enhances the diuretic effect of caffeine.

Swelling caused by excess fluid in the body’s tissues is known as edema. While mild edema often goes away on its own, some cases need to be treated with diuretics.

Fluid retention can be caused by many different medical conditions, as well as some drugs. Anyone who is thinking of using diuretics to get rid of extra fluid should discuss the possible causes of fluid retention with a doctor first.

Taking diuretics can be helpful for people with kidney disease whose kidneys cannot filter potassium. This can cause a buildup that leads to serious health issues. Diuretics can also alter the body’s levels of other important minerals such as magnesium.

It is important to have sodium, potassium, and magnesium levels frequently checked when using diuretics. It is also important for people to have their kidney function and blood pressure tested regularly while taking diuretics.

Side effects of prescription diuretics can include: 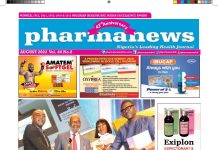 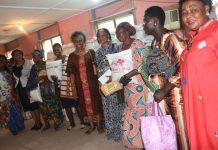 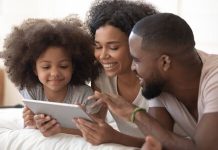