A South African born American entrepreneur and businessman, who in 1999 founded X.com (which later became Paypal), as well as SpaceX and Tesla Motors (which was renamed Tesla) in 2003.Clearly, Elon Musk is a visionary and pioneer in every regard.

How do you talk about electric cars (the future of automobiles) without mentioning his name? There are several other iconic niches he is identified with. But could that desire for doing something out of the ordinary be traceable to certain personality traits that can be seen in his writing or signature?

A bit of his biography reveals the tough times he went through in the hands of high school bullies, besides the abusive relationship with his dad. As history has shown, such challenges often serve as some sort of motivation for a lot of visionaries to attain admirable heights, perhaps to prove a point. As is it is usually said, success is the best revenge.

However, to many across the globe, Musk is known as the world’s richest man, valued at about $209 billion dollars, as at June 2022. But there are a number of traits or, better still, graphological features in his writing that typify the kind of personality he has portrayed before the entire world. These will be my focus in this edition

READ
Non-Verbal Intelligence: (My Secret as a Star Medrep) (2)

Again, it is important, for the benefit of anyone reading this column for the first time, that there is a body of knowledge known as Graphology or Handwriting Analysis, which can be defined as a method of identifying, evaluating and understanding the personality traits of individuals via strokes and patterns revealed by the handwriting.

Graphology is based on the assumption that the brain and the central nervous system directly influence the movement of the hand. The handwriting is a demonstrated behaviour and it reveals potentials at the time of writing but no predictions are made as to whether those potentials would be acted upon or not.

There are several parameters that help us unravel the mystery behind the personality traits of people. Some of these are clearly seen in the signature of the celebrity of discuss in this edition and it may just be proper to talk about a couple of them as follows:

This trait is seen in the handwriting or signature the moment there is an observed upward movement of the baseline of the writing or signature to the right hand side of the page. Looking at the signature of Elon Musk, the ending stroke to the right of the letter “M” is elevated upward. This classically shows a person with an optimistic outlook to life. It could also show a person with a lot of ambition which we can connect with the insatiable desire for Elon to succeed and exceed those that were ahead once upon a time.

It should be stated that this has nothing to do with Elon Musk as a person, but has everything to do with the way the handwriting was written. In other words, it does not have to be an Elon Musk to be ambitious. For as long as you can verify that anyone writes with an elevated baseline or upward gradient in the movement of the letters, you would be in order to refer to such as a personality with a good level of optimism.

Generally, the letters “m” and “n” are among the letters of the alphabet we focus on while trying to gain some insight into the thought process of an individual. Whether the person in question is the type that takes his time, like they say, “slow and steady wins the race”; or, the kind that is able to process ideas very fast and at times gets a little impatient with others not at his or her pace.

The latter is typical of the signature of the celebrity we are currently analysing. And even though he has so many accolades to his credit, his writing or signature reveals someone who does not spare fools lightly. He clearly is expressive even from the right slant shown in his signature which by now I am sure that regular readers of this column are familiar with.

The person can be quite impatient and wants answers right now. Could that be one of the reasons why Elon Musk sacked a large number of his members of staff some time ago?

In our next edition, we shall examine another celebrity and see the connection between their handwriting and their true personality.

Always remember, “if you must get it right, you must do it the WRITE way” 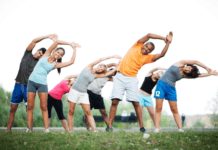